In-depth: Why advertisers are making a beeline for regional TV 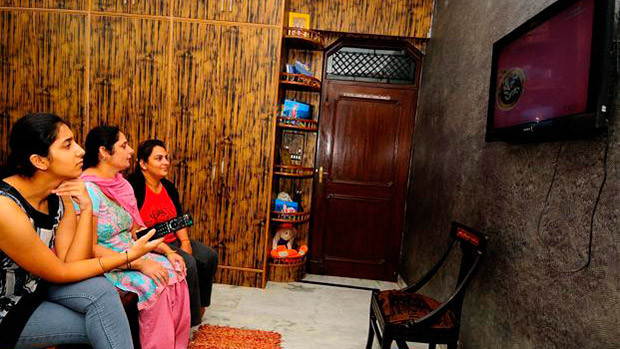 In the last few years, the television industry has grown exponentially in regional markets which have become a new battleground for broadcasters vying for their share of the advertising pie.

The regional space is growing stronger and a lot of it comes down to the fact that there is more relatable and targeted content. On the basis of this, leading broadcasters have expanded their foothold in regional markets with the launch of multiple general entertainment, movies, news and sports channels.

Since 2018, the regional market has seen large broadcasters such as Sony, Colors, Star and Zee launching in Marathi, Kannada and Malayalam, among other languages.

Among these channels, regional GECs have become the most popular choice for advertisers. BestMediaInfo.com spoke to leading broadcasters to find out the reason behind the increasing demand for the regional markets in GECs and what makes these a safe bet when it comes to ROI.

Experts and broadcasters say the increased number of regional advertisers and the availability of fresh regional content are the main reasons behind the increasing demand for the market.

An industry expert said, “Whenever advertisers look at measuring ROI for their advertising money, they have a better control mechanism for the money. When advertisers invest in a national or sporting market, they cover multiple markets but when they want to do a single market activity then the control mechanism is much better and therefore regional markets become a good proposition from the advertisers' point of view.”

With brands getting stronger and distribution getting wider and deeper, regional channels are seeing a lot more advertising coming their way. The advertisers are also witnessing little wastage and spillover of the money with the regional channels. The experts say that with national channels, the chance of wastage is high as there as several issues. For example, a channel at times might not have distribution in a certain market.

Asked about the factors that make regional markets a safe bet in terms of ROI, Ravish Kumar, Head, Regional TV Network, Viacom18, said, “The networks are eyeing it because the growth rates in other parts are tapering off, regional markets are growing faster, much nimbler and there is the low cost of entering these markets, which is why they seem like really attractive.”

Siju Prabhakaran, Executive Vice-President and Cluster Head, South Business, Zee, said, though advertisers are one factor, another big factor is the fact that India today resides in languages and culture in various markets.

“I feel storytelling is never an issue in the regional market and has the scale and ability to do things on a larger scale. It is something that has caught advertisers’ imagination, which is why they are willing to invest more money as this offers them advertising with a good cultural context,” Prabhakaran said.

“Today, an ad needs a good cultural context that the audience of that market relates to. Today the regional markets have their own superstars and TV celebrities and so the whole context of the region plays a very important role from the industry perspective,” he added.

Not just from the advertiser and storyteller point of view, but the regional channels have also proved beneficial under TRAI’s new tariff regime. Under the NTO, the broadcaster was able to attract consumers by offering a new bouquet of channels with different regional offerings.

Mayank Bhatnagar, Executive Vice-President, Carat, commented, "From TV to digital, people these days prefer to consume content in their own language because they resonate better, which is why we see the launch of several regional channels. Another factor is that the Hindi channels are fragmented and under this TRAI ruling, the FTA regional channels are doing well. Also, ever since BARC India has started sampling data from rural markets, regional markets have received a substantial boost.”

When it comes to regional markets, South India (Kannada, Malayalam, Tamil and Telugu) is the most important for broadcasters. Prabhakaran stated, "If we look especially at the South region, these are the well-penetrated key markets. All these markets have 90% to 95% reach and huge consumption of TV content in terms of time spent. So all these things become a great attraction for any eco-system where you want to build your channel and for advertisers as well."

While the regional markets are growing and attracting major players, they come with their own challenges. The severity of the challenge depends on whether the market is over-served or underserved. Since television viewership is a matter of habit, one of the main challenges for any new entrant is to get viewership going for them.

Kumar commented, "There is content offered in a different language and you have to make them watch the content in their own language. It is going to take a while to get the pride that they have for the culture, food and the way they dress translated into the content that they consume. That is what we eye to achieve with our offerings."

Prabhakaran said if the market is cluttered than the rating spike is accentuated. But if it is an underserved market, like some markets have an overlap of Hindi-speaking audience, then the challenge is to create a product where the current Hindi-speaking audience feels more compelled to watch the content in their language instead of what they are currently watching.

“The challenge in underserved market from a regional perspective would be different than the over-served market. In the over-served market, you are trying to take the share from the other player. Every new player who enters kind of increases the TV usage in some of them. But ultimately this is a market where TV penetration is high and time spend is already there and so we always try to get the viewership,” he said.

Prabhakaran said, “There are a lot of stories that have regional connectivity and are waiting to be told. It does not necessarily have one family or one perspective of a particular market but these are different stories. The scale of shows — fiction or non-fiction — is going up, keeping the viewer in mind. Also, some of these regions are bigger in population and TV penetration, so big numbers are already there. We also have to scale up the shows keeping in mind the time in which we are and that the audience is already watching these shows in the online space.”

However, Prabhakaran said that even if the production scale is increasing, the core of the regional market should be the stories that resonate with the region and the character of that particular market. “Now it is not like dubbed shows won't work. We have seen dubbed shows working in the market in the past. But the scaling up will happen if we tell the stories from the regional perspective,” he said.