A week after landing page was allowed, CNN-News18 has witnessed an almost 500% jump in its viewership over the last four weeks' average to become new No. 1 English news channel. Despite dropping to No. 2 position, Republic TV witnessed about 130% jump in viewership while Times Now grew by 100%. India Today TV lost some eyeballs as compared to the previous week that included counting day. Such a shake-up has upset many, and the competition is now crying foul saying if BARC continues to count landing page viewership, there would be no level playing field left, and the industry will slip back to the analog era where broadcasters could buy prime placements and in turn buy viewership. Several broadcasters have now raised their grievance with BARC India 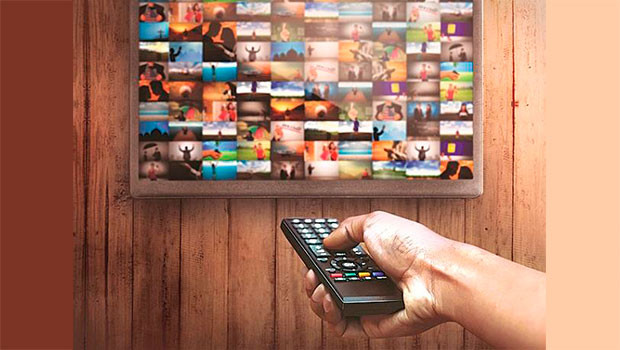 Following Telecom Disputes Settlement and Appellate Tribunal’s (TDSAT) decision to allow landing page placement for TV channels, several industry experts and broadcasters had said the decision could potentially end the fair-play in the industry, which would lead to chaos.

Now, looking at the Week 22 data released by BARC India, it seems that the concerns of broadcasters weren’t farfetched. According to the BARC data, CNN-News18 has witnessed an almost 500% jump in its viewership over the last four weeks' average as it has recorded 2.173 million impressions whereas Republic TV, which is now on second place, has registered 1.827 million impressions.

Despite dropping to No. 2 position, Republic TV witnessed about 130% jump in viewership while Times Now grew by 100% over the last four weeks' average. India Today TV lost some eyeballs as compared to the previous week that included counting day.

Such a shake-up has upset many, and the competition is now crying foul despite being accused of rampant usage landing page on several occasions.

This abnormal growth in rating has firmed the broadcasters’ apprehension over the authenticity of the ratings. Broadcasters are of the view that it is unfair to count viewership of the landing page as it is not a level playing field. The broadcasters also stated that the industry might be regressing back to the analog era where premium placement used to attract maximum ratings.

Vikas Khanchandani, CEO, Republic TV, said, “The use of landing pages to drive forced reach and compromised ratings will repeat the carriage menace that played out in the Analog Era. Landing is akin to buying placement on the prime band during the analog era and forcing reach thereby manipulating ratings. It vitiates pure-play required for unbiased measurement thereby ultimately compromising creativity, entrepreneurship and democratisation of content promised by the digitisation of the broadcast industry.”

The broadcasters also stated that the easy viewership garnered through landing page will have an adverse impact on the quality of the content.

An India Today Group spokesperson highlighted the fact that the situation is grim as it makes content and audience quality irrelevant - it is a scenario where bought viewership can be sold. “It is simple trading of audience. It makes all effort towards good programming lower in order of priority. The channel In question got more viewership on an average news day than it got on India’s air strike against Pakistan, on Abhinandan’s return and even on Counting Day. This is absurd. Key parameters like a market priority, time band weightage, target audience definition etc can be grossly misread in such data both by content providers and advertisers,” said the spokesperson.

FTA channels to be impacted more

ABP News Network spokesperson said that the pay channels can still bear the impact as they have got large distribution deals but for the FTA channels like ABP the impact is more as they are dependent on advertising revenue.

ABP News Network spokesperson said ‘’For news networks like us which don’t have large portfolios and are FTA (free-to-air), don’t have any subscription model,this is an issue because if this kind of rating is registered on the back of landing page then there is no hope for genuine rating based on the content. Today, the agencies and media planners/buyers are busy looking at the BARC numbers - they don’t know what is the last mile issue or the last mile trick that is taking place. How can you educate them, nobody is bothered, everyone is looking at their CPRP. This Industry is driven by ratings so this skew of data w.r.t landing page is menacing.

Riniki Bhuyan Sarma Chairman and Managing Director (CMD) of Pride East Group who owns News Live also stated that since the landing page has many facilitators as it is there every time the TV screens are switched on, so the manipulation through landing should be prevented.

“The worst part with a landing page is that the moment you switch on the television and the 60 seconds get counted then the TRP goes to that channel, which is not fair. I think we should give a fair chance to the channel so that the content which we try to show should be taken under consideration more than the manipulation. Since we are the news broadcasters we also play a key role in society, so I think the landing page should be avoided to prevent manipulation and more focus should be on the content,” Sarma said

Speaking about the accuracy of viewership and its stand on the ongoing issue, BARC India spokesperson said, “Placing channels on landing page improves the opportunity to view, and is a pure distribution level activity. As per the TDSAT ruling, distribution platform operators can effectively run landing page activity. Any viewing for a channel arising out of landing page will also be reported in the weekly data, and any changes in viewership whether peaks or troughs, will reflect in the final output.”

When asked if there was any mutual solution on the ongoing issue, the broadcasters offered two alternatives to the issues. They stated that either BARC  should stop counting the viewership on the landing page or the landing page should be used purely for the promotional purpose and not for mirroring channel feeds.

ANN spokesperson commented, “The middle ground is very simple, I am not asking DPOs to stop monetising the landing page. If they want their revenue stream then they can have it, I am just asking them to use it only for promotion and not mirroring the feed. And another is the uplift that they do, there is forced viewing of the minute plus so that it gets captured on BARC, that is another trick that should be called out. A consumer who is paying for it, does he have a right to moving onto another channel he desires to watch, or you are forcing him to view this. It is a direct violation of the consumers' freedom, let him watch what he wants to watch.”

Whereas, Sarma is of the view that in a television network, for the landing page, the best thing will be that the BARC takes the action of not calculating the landing page. If that happens then it will give quite a relief as everyone is having a level playing field, she said.

Now broadcasters are saying that BARC cannot wash its hands off and will have to do something to stop landing page ratings.

BARC spokesperson said that it will be compliant with the TDSAT ruling unless someone further challenges the ruling. “Being a responsible joint industry body,  our measurement system and processes have been guided by our Technical Committee, with the consensus and support of all stakeholders represented through their stakeholder bodies (IBF, ISA and AAAI),” the spokesperson stated.