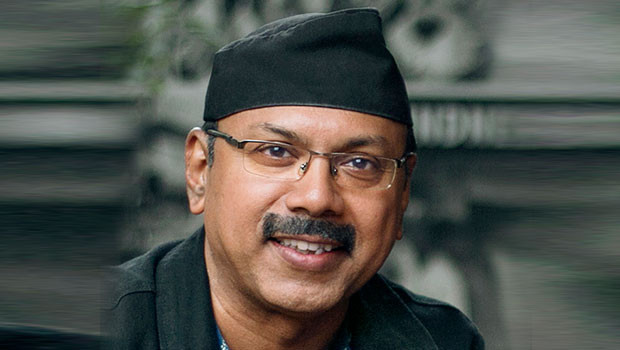 Spikes Asia has named Josy Paul, Chairman & Chief Creative Officer, BBDO India, as Jury President for Film, Print & Publishing and Glass categories. Paul is among the 13 jury presidents that will guide this year’s juries to award the very best creative ideas from across the region.

Paul started BBDO India in 2008. He is ranked as one of the most influential people in Indian advertising according to The Economic Times. He took the inaugural Cannes Glass Lion Grand Prix in 2015 for Whisper’s ‘Touch The Pickle’ and a Gold Lion in 2015, 2016 and 2017 for Ariel ‘Share The Load’, which was ranked the world’s most effective campaign by WARC Effective 100 in 2017 and 2018.

An integral part of the Festival, the Spikes Awards benchmark APAC’s creativity and effectiveness in brand marketing communications. The jury presidents will evaluate entries submitted into 22 different awards categories spanning the industry’s spectrum.

Joe Pullos, Festival Director, Spikes Asia, said, “APAC is a very diverse and unique region and Spikes Asia champions the very best in creative and effective ideas in communications. We set the benchmark in APAC for the best in creativity. This year’s impressive line-up of client and agency-side presidents are experts in the region and understand its unique cultural diversity. They will guide their respective juries to ensure that only the best work from Asia is recognized and celebrated.”

The other Jury Presidents are:

Porter is responsible for one of the largest media budgets in a diverse region spanning 14 time zones. He drives the company’s innovation in Communications Channel Planning with a strong focus on Unilever’s development as a major force in digital and data-driven marketing.

Yeo has led agencies to both creative and business successes. His creative reputation, solid leadership and consistent track record have made him a popular industry figure, judge, jury president, and speaker at many creative festivals around the world. Yang thrives on collaborations with different architects on various structural and spatial design projects.

Higgins oversees five of R/GA’s youngest and most dynamic offices – Melbourne, Sydney, Singapore, Shanghai and Tokyo. With 19 years’ experience across three continents, he has built his career on a love of creative solutions that don’t feel like advertising, alongside the uncompromising craft of their delivery.

Since joining China’s advertising industry in 1996 at JWT to his current role, Mayan has produced many firsts, from helping China to win its first Cannes Lions Grand Prix in 2011 to being the first mainland Chinese president when he chaired the Cannes Outdoor Lions in 2012.

Vandeven has helped lead VML to 2018, 2017 and 2016 Ad Age Agency A-List honours and was recently named to Adweek’s Creative 100 and Business Insider’s “The 30 Most Creative People in Advertising 2016.” The company has experienced unprecedented growth and recognition under her leadership, earning accolades from top international shows, including Cannes Lions, Clio, One Show and Spikes Asia.

Sweetland joined Sweetshop in 2011 leading the Australian offices. In 2018, he was promoted to Global CEO, overseeing the network’s core operations. He served as Chair of AWARD and has sat on the Board of Directors for The Communications Council in Australia. Wilf has judged at D&AD, Spikes Asia, New York Festivals, AICP and AWARD Awards, among others and will chair at this year’s LIA’s.

McKenty has created a limited-edition ABSOLUT bottle as well as a children’s book for OPSM that tested the eyesight of children, which WARC ranked as the world’s most effective campaign in 2016. Now at Google, Tara has created a real-time platform called Found that reunites lost dogs with owners for Pedigree, built immersive story time platforms for Disney and co-founded the diversity initiative RARE.

Appointed CEO of PHD China in 2017, Chitty has worked across OMG in a variety of roles, gaining over 20 years of experience across Asia and the US. Anna has been recognised as a passionate leader, encouraging innovation and creativity as a driver of growth, and championing the diversity and change agenda. Anna led PHD China to China’s Gold Agency of the Year in 2018.

Park has almost 20 years of experience in global integrated brand marketing strategy and activation. Currently, she leads brand campaigns, advertisements, and digital marketing while overseeing both inbound and outbound newsrooms for global clients. She has established an in-house digital trend research function and holds annual seminars to share her insight on local and global trends.