In-depth: Landing page not illegal – the way ahead

Experts suggest that the landing page shouldn’t be watermarked and be just used as a marketing platform. Distributors are welcoming the decision as it opens a sustainable revenue stream 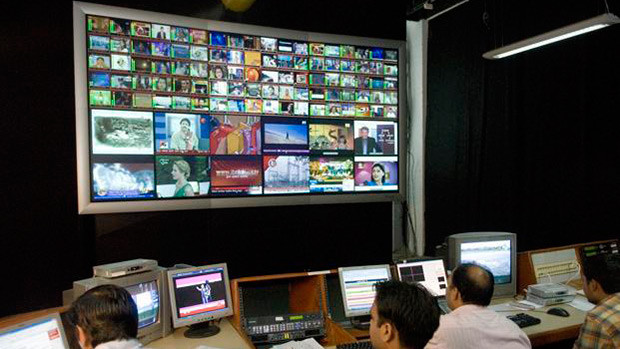 As the Telecom Disputes Settlement and Appellate Tribunal (TDSAT) has allowed the use of landing page or bootup screen, which was earlier banned by the Telecom Regulatory Authority of India (TRAI), India’s broadcast and media planning industry in a state of confusion that how would landing page impact.

Before TRAI banned the landing pages, it was a common practice by broadcasters to use the landing page for a brief period to maximise reach at the time of launch, re-launch or telecast of a big ticket event or a TV show.

It was a win-win situation for distributors also as it gave them a sustained revenue stream by hosting channels on the landing page. The landing page strategy can’t be sustained by a channel for a long time, given the high rates charged by the distributors and the overtly competitive market.

Most of the industry experts are of the view that even as the landing page or bootup screen makes for an excellent marketing tool, it will benefit only those broadcasters who have deep pockets. Experts suggested that the landing page shouldn’t be watermarked and be just used as a marketing platform.

“The landing page is a tool available for rich broadcasters as a means to expand their reach. If broadcasters want to use the tool for marketing then they are welcome to buy an asset from the MSOs, I am not saying MSOs should lose on the revenue but it should not have a disadvantage for other players by caring a watermark on it,” an industry expert said.

However, it has been in the past that no broadcaster has been able to continue the landing page strategy for more than a week or so as there are high costs involved.

“The way to run or use landing page is one can run promos, other inventories like their tent-pole shows, it can be promoted for 24 hours. But it should not have a watermark of live streams,” the expert added.

According to a leading distributor, the set-top box properties are rated so high as a result of which not all the news channels can afford it.

A broadcaster also stated that from an advertising perspective, it won’t be accurate to count the views acquired for the landing page channel as a true performance of that channel. The broadcaster commented that it is more like using an external tool to manipulate the reach.

However, some broadcasters were even wary of the decision as they said that the consistency in the rating would fall as there would be small peaks, on the basis of landing page, every week. “The decision of using landing page could spell havoc. All broadcasters should come on a common ground on how to use them,” said a leading broadcasters.

NTO will make the use of Landing page tricky

As the landing page guarantees reach to all the MSOs and DPO subscribers, it will boost the marketers' interest in that particular channel, but at the same time, it annuls the authenticity of channel's TRPs as the landing page channel will have strong ratings by default.

The expert stated that it won't be a fair assessment from the rating standpoint as rich broadcasters will spend heavily for the landing page and get the reach. “How will one count rating for these channels as not all channels are having the same advantage. It is a tricky situation as the landing page makes for good marketing device but only for the rich broadcasters and not for the small broadcasters. So, there is no equal standing and hence doesn't make for a fair assessment,” the expert added.

The distributor had a different view on the assessment of the viewership. He said, “Yes, partly the broadcaster with the landing page will get an advantage but then broadcaster who was on DD FreeDish earlier, were enjoying a totally skewed advantage. Now that they are not on FreeDish, we see channels like Dangal and Fakt Marathi rising to number one position. These dynamics are always present and they will keep on playing.”

“Now, if the channel is on a landing page that it means it is going to the entire subscriber base and if it is going to the entire subscriber base then the DPO has to pay for that subscriber base, based on that channel rate, as a result of which the cost will be pretty high. For instance, if a well to do broadcaster is opting for the landing page for its driver channel. Now all the driver channel is priced at Rs 19 and if a DPO has a subscriber size of 5 million then the payout will be 95 million. If he gives it to select subscribers then other subscribers will have blank screens. So, it is not like broadcasters are going to grab this landing page as these dynamics need to be ironed out.”

The distributor also stated that the broadcasters would only take the landing page if he sees the value in it. “If the subscriber has selected a channel and if he gets a landing page then how is it benefitting the broadcasters as the subscribers have already paid for the channel as he wanted to view the channel. So what is the point of having a landing page? For DPOs and MSOs, it is just a window that has opened. Those who see value will come on it,” the distributor said.

Another distributor said one positive thing that came from this directive is that it clarified that placement is not part of the interconnect agreement. “The pay channels were cleverly clubbing placement and channel penetration and paying us 15% additional incentives beyond the distribution fee. Now with this order that went for a toss, they can’t club these together and the 15% should only remain on the penetration of the channel and not on the placement. Now broadcasters are free to do any placement deals after studying the market dynamics,” the distributor said.