Rain played a spoilsport in Sunday's India-Pakistan match and the result was announced on the basis of the Duckworth Lewis system. Star Sports had charged all-time high premium from advertisers by selling a 10-second spot for Rs 25 lakh. The channel is compensating advertisers on washout games by offering make-goods 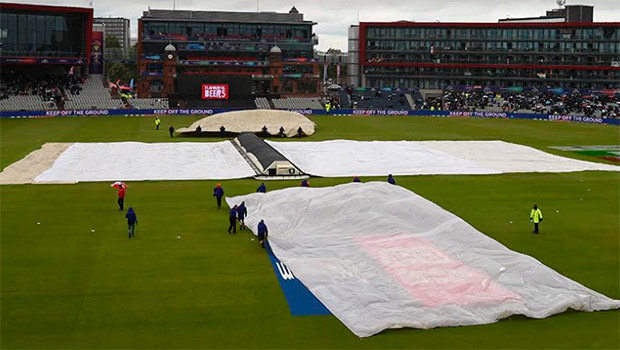 Frequent rain is playing a spoilsport during the ongoing ICC World Cup cricket in England, as the number of washout matches has increased as compared to the 1992 and 2003 World Cup editions. To date, four matches have been called off due to rain, including India's match against New Zealand.

Even the much-anticipated India-Pakistan game on Sunday had to be halted several times as the rain played havoc. Star Sports had charged an all-time high premium from advertisers by selling a 10-second spot for Rs 25 lakh for the India-Pakistan game with a total inventory of more than 5,500 seconds. The entire inventory for the match couldn't be exhausted during the playtime as rain regularly interrupted the match. India was finally declared the winners on the basis of the Duckworth Lewis system.

According to sources, frequent abandonment of matches could cost Star Sports in terms of revenue. The channel is currently compensating the free time commercial (FTC) on washout games by offering make-goods.

As the washout matches were part of early league matches, the loss incurred by the broadcasters isn’t as severe but if more matches keep getting abandoned or results are declared on the basis of the Duckworth Lewis system or are cancelled in the future, then Star India will face a huge loss.

According to experts, at present Star Sports isn’t witnessing much of an impact as most of the cancelled games weren’t premium matches and were insured.

Sujata Dwibedy, EVP & Head of Buying & Trading, Amplifi India, said, “Right now just one India match was wiped out and so the inventory was limited but if some big matches like India-Pakistan or other premium matches get wiped out, then the impact will be more because of the money invested on these matches are really high. The money for a match that didn’t take place doesn’t get reflected. So, the broadcasters may use it in the next Indian match or next series, depending on how clients want to utilise it but that money will totally go off the World Cup revenue.”

Currently, according to reports, because of the cancelled matches, Star Sports’ advertisement revenue and allied opportunities loss are around Rs 140 crore. However, these matches are insured and so the broadcaster won’t see much of an impact. Due to this unpredictable rain, the insurance premium has also increased and some of the companies are reluctant to take the risk.

Mayank Bhatnagar, Executive Vice-President, Carat, commented, “All these matches are insured so I don't think Star revenue will be affected. However, advertisers who have taken the World Cup will get impacted in terms of viewership loss and cricket fans will lose out.”

Till now, it was only the India-New Zealand match that has had an impressionable impact on Star India’s revenue but the broadcaster has an opportunity to compensate for the FTC as there are several premium India matches that are yet to be played.

According to Sudhir Kumar, Director, Offline Media, DCMN India, “For now, Star Sports will compensate for the free commercial time on washout games by giving make-goods. It is difficult to predict how much impact or loss of revenue Star Sport incurred due to washout matches. As of now, the major loss is from the India-New Zealand match as non-India matches don’t have a big impact. To date, India has played only three matches and so there are at least six to seven matches to be played. So, I guess Star India will compensate their revenue by taking make-goods. Whatever FTC is dropped due to washouts is compensated through make-goods.”