With 13 regional channels in its kitty, the network is eyeing more than one-fourth of its total revenue from regional. Ravish Kumar, Head, Regional TV Network, Viacom18, talks about the network’s regional play and how he sees great potential in the Gujarati market 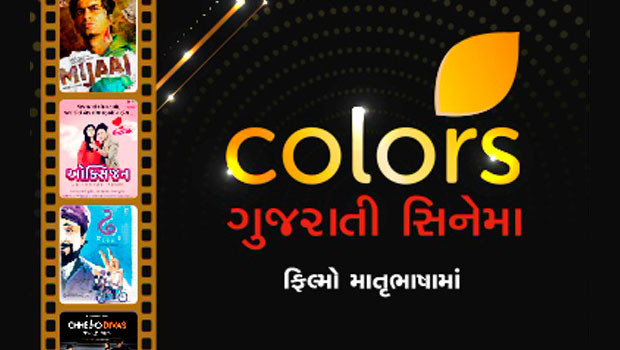 Strengthening its regional portfolio, Viacom18 is launching another channel, Colors Gujarati Cinema, to capture the full potential of the market. The network presently has 12 regional channels.

“Until two years ago, we used to have six channels in regional broadcasting. Now we have 12 and Colors Gujarati Cinema will be our 13th channel. Our viewership has gone up substantially,” said Ravish Kumar, Head, Regional TV Network, Viacom18.

Talking about the growth of the regional market, Kumar said, “The regional space is growing strongly and a lot of it comes down to the fact that the content offered is really good and targeted and so wastage is very low. It is directly measurable as well. So l think a lot of advertisers, instead of doing national campaigns, are doing regional overlay. With brands getting stronger and bigger and distribution getting wider and deeper, I think regional channels are seeing a lot more advertising coming their way than earlier. So, it is a great time to be in regional.”

Kumar said regional can provide better ROI to brands as compared to national channels. “The cost of entering the ad market for brands is low in regional. A lot of great content is being offered, giving people massive alternatives and letting them influence behaviour. And the networks are eyeing it because the growth rates in other parts are tapering off; the regional markets are growing faster.”

Talking about the growth of Viacom18’s regional network, he said the group wasn’t planning to launch any new regional channels in the current fiscal. “We are not planning to expand any more. Kannada and Marathi are our areas of strength. We had a strong start in Tamil but we have a long journey ahead of us and in Bengali, we are fighting for the top position. So we have our plate full and would like to concentrate on the present markets. But we are a young player and we have a lot of white space to get into and we will continue to push our expanding strategies.”

Around 67% of TV content being consumed in Gujarat is still in Hindi and by providing good quality Gujarati content, Colors wants viewers to move to their mother tongue. Colors Gujarati Cinema will go live from June 1 and will be available across all the distribution platforms for Re 1 and will be part of the primary Colors’ wala Value+ Pack. The network has been running a test screen for the last three to four months with a few movies to have distribution in place.

Kumar said they achieved this distribution before the implementation of TRAI’s new tariff order and as a result, the channel is extremely well-distributed across cable, DTH, including GTP and Hathway, and is facing no hiccups in its launch.

Asked about the strategies employed by the network to ensure the consumer’s interest in Colors Gujarati Cinema, Kumar replied, “There is a tremendous buzz as the channel is available across the distribution system. We will make sure the availability and kind of titles we offer will attract the consumers. It will be a slow process to shift viewers to Gujarati.”

Gujarat isn’t a new market for Viacom18 as it has already explored the space with its general entertainment channel, Colors Gujarati. The broadcaster’s journey in Gujarat began 18 years ago with ETV Gujarati which evolved into Colors Gujarati. The current market size in terms of advertising is Rs 100 crore and a little less than half of it captured by Viacom18.

In the next few years, the network aims for 40%-50% viewership for Colors Gujarati Cinema. As of now, Colors Gujarati GEC is the only channel available in the market and enjoys 43% market share. The overall Gujarat market is Rs100 crore and the major categories advertising in the market are FMCG, retail and consumer durables.

According to the viewership pie, GEC predominantly rules the market with 40% whereas movies are at 25%. Both the genres account for 65% whereas the rest of the pie is split between sports, news and kids and others. The market has a huge white space, which is the primary reason why Viacom18 chose to launch the 24-hour movie channel.

Not only on the content front, the network is also investing heavily on the promotion and marketing of the channel. The network is spending more than Rs 2 crore on marketing during launch time. “In term of the launch campaign, we are spending over Rs 2 crore on marketing campaigns. It is going to make us the household name and moving forward, we have a lot of plans for our parent channel as well as the new channel. We hope to move in tandem,” Kumar said.

The network has undertaken a massive 360-degree marketing campaign and created a rap-anthem featuring popular Gujarati actor Jimit Trivedi. It has sketched an OOH campaign across 23 major towns of Gujarat and a television campaign across Colors Gujarati. The market’s top non-network channels will see an ad blitzkrieg across 1,000 spots. They also have an in-theatre campaign, which will be launched with Salman Khan’s upcoming film Bharat in 24 theatres across 144 screens.

The network has witnessed a positive response from advertisers as the movie channel have got on board three launch partners — Wagh Bakri Chai, Adani’s Fortune Oil and B-Tex. The network is not expecting to sell all the ads at the time of the launch.

Kumar stated, “I think for the first three months we are planning to go slow. If people are interested, we will definitely offer and right now we have seen a lot of interest from advertisers. But, it is too premature to predict if we will have 30% or 50% fill. We will begin to see that as we get closer to acquiring market share. Most agencies these days tend to be cautious. So they will watch the ratings for the first three weeks and then decide whether or not to come on board with us. But, I feel this is the right time to enter the market as not only the national advertisers are interested but there is also a massive explosion of local advertisers too.”