One of the longest-serving top executives of a corporate entity in India, he was responsible for transforming ITC from mainly a cigarettes maker into a diversified entity with interests in FMCG, hospitality, paper, agribusiness and information technology, among others 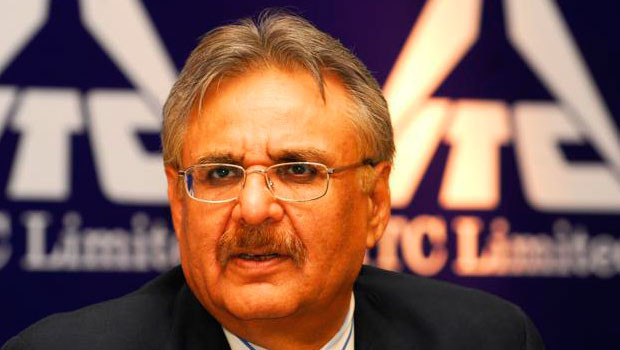 Noted industry leader and ITC Chairman YC Deveshwar, who transformed the cigarette major into a diversified player with interests in FMCG, hospitality, IT and other sectors, passed away Saturday morning after a brief illness.

Deveshwar (72), who stepped down from the executive role as Chairman and CEO in 2017 but remained as a non-executive chairman, breathed his last at a private hospital in Gurugram.

"We deeply mourn the passing away of Y C Deveshwar, Chairman ITC. In this hour of profound grief and sorrow, we recall with respect and pride the legendary stewardship he provided to   ITC over two decades as its Chairman," ITC Managing Director Sanjiv Puri said in a statement.

Inspired by a patriotic fervour, manifest in his clarion call of ‘Lets Put India First’, he led ITC's strategic thrust to create an exemplary Indian enterprise dedicated to serving national priorities. Conferred the Padma Bhushan by the Government of India for his outstanding service to the nation, Deveshwar passionately championed the cause for sustainable and inclusive growth and the transformative role businesses could play in creating larger societal value. This vision drove ITC to pursue business models that today support over 6 million livelihoods, many amongst the weakest in society, Puri added.

He leaves behind his wife and two children -- a son and a daughter.

One of the longest-serving top executives of a corporate entity in India, he was responsible for transforming ITC from mainly a cigarettes maker into a diversified entity with interests in FMCG, hospitality, paper, agribusiness and information technology, among others.

When Deveshwar took charge at the helm of the company in the mid-1990's, ITC was confronted with formidable challenges, with diversification efforts either failing or languishing. The company's revenue was less than Rs 5,200 crore and Profit Before Tax (PBT) stood at Rs 452 crore.

“Spearheading a journey of stellar growth that led the Harvard Business Review to rank him the 7th Best Performing CEO in the world, his leadership transformed ITC into a valuable and admired multi-business conglomerate with a   robust portfolio of front-ranking businesses in FMCG, Hotels, Paperboards & Paper, Packaging and Agri-Business.

"His vision to make societal value creation a bedrock of corporate strategy also led ITC to become a global exemplar in sustainability and the only company in the world to be carbon positive, water positive and solid waste positive for over a decade," Puri said.

An alumnus of IIT Delhi and Harvard Business School, Deveshwar had also led Air India as chairman and managing director between 1991 and 1994.

When ITC split the role of the Executive Chairman between Chairman and Chief Executive Officer with effect from February 5, 2017 as part of succession planning in the company, Deveshwar continued as chairman in non-executive capacity and played the role of mentor to the executive management led by Sanjiv Puri.

A recipient of Padma Bhushan -- one of the highest civilian awards in the country -- in 2011, Deveshwar also played his part in nation building, taking up various roles in several institutions.

Well respected by his peers in the industry, YCD, as he was popularly known in corporate circles, was also a past president of CII, besides being on the National Executive Committees of some of India's premier trade and industry bodies.