Warc Media 100: India ranks No. 7, Mindshare Mumbai at No. 9 among world’s most awarded agencies 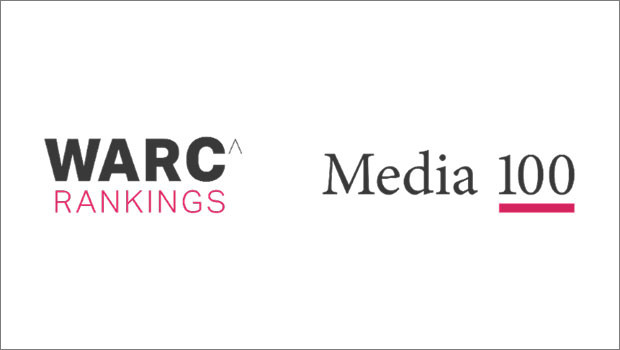 With Mindshare Mumbai faring at No. 9 in the world’s most awarded agency list of Warc Media 100, India has ranked No. 7. Mediacom Mumbai ranked No. 23 while Red Fuse Communications Mumbai stood 42nd among top-50 media agency offices across the world

Warc Media 100 (successor to the Gunn Media 100), an independent annual ranking of the world's most awarded campaigns and companies for creativity and innovation in media.

Among the world's top 100 campaigns for media excellence, Mindshare Mumbai’s Nayi Soch campaign for Star Plus ranked at No. 13. Pocket Dentist campaign for Colgate by Red Fuse Communications Mumbai was at No. 25. Other two Indian campaigns in top 100 were ‘India's Newest Status Symbol’ for Harpic by Initiative Gurgaon at No. 65 and Whisper’s ‘#WingsToFly’ by Mediacom Mumbai at No. 89.

Gillette deodorant campaign 'I Don't Roll On Shabbos' by MediaCom Connections Tel Aviv is the most awarded campaign of 2018. Using a multimedia approach, biblical texts and a battle of synagogues to appeal to the Orthodox Jewish community in Israel, Gillette's share in the Orthodox sector grew from 3% to 15% and brand awareness from 15% to 55%.

The success of Gillette's top-ranked campaign contributed to MediaCom Connections Tel Aviv entering the top 50 agencies table for the first time. Straight in at #1, the agency was responsible for award-winning work on Gillette, Pantene, Always and Fairy in Israel, with wins at multiple shows.

MediaCom retained its position at the top of the media networks ranking, with its agencies having a stronghold in the top ten. A total of 16 MediaCom campaigns ranked in the top 100, including three in the top ten.

Commenting on their global success, Stephen Allan, Worldwide Chairman and CEO, MediaCom said, "To be named the number one media network in the Warc Media 100 ranking for the second year running is incredible. And having the number one campaign from the number one agency in the same report is truly the icing on the cake. Key to our network's success is our passionate and dedicated people working hand-in-hand with our courageous clients. With eight of our agencies recognised in the top 50, this passion really makes the difference; it means so much to all of our 8,000 MediaCommers across the globe."

PHD Worldwide remains in second place, with the gap narrowing to just six points between the top two media networks. Ten of PHD's campaigns are ranked in the top 100 and five agencies ranked in the top 50. Mindshare Worldwide move up one place to third. IPG Mediabrands enters the top networks table for the first time, as does the newly created VMLY&Y&R.

The top three positions in the holding company ranking remain unchanged on last year, with WPP taking the top spot, significantly ahead of Omnicom in second and Interpublic Group in third.

Mark Read, CEO of WPP, said, "We're delighted to have topped both the Warc Effective 100 and now the Warc Media 100 rankings. As a creative transformation company our mission is to build better futures for our clients, by delivering tangible business results and preparing organisations for the future. These awards are a great endorsement of our ability to do that, and testament to our talented people worldwide."

Gillette jumps from #9 to #1 in this year's top brands for media excellence, with two campaigns in the top ten - alongside its #1 campaign, 'Baby Face' is in at #8. Gillette and McDonald's are the only two brands to retain top-ten ranks this year.

There are three new entrants to the top ten advertisers list, 21st Century Fox at #4, Tourism Australia at #8 and AT&T at #9. Volkswagen group made the biggest climb up the ranking from 29th last year to 5th this year with work from Audi, Skoda and Volkswagen contributing points.

The top three countries remain unchanged on the previous two years with the USA topping the chart followed by UK and Australia. Three new entrants to the top 50 are New Zealand (#8), Israel (#9) and Mexico (#10).

The top campaigns and companies in the Warc Media 100 are:

Summing up this year's Media 100, David Tiltman, Head of Content, Warc, said, "Creativity and innovation in media placement is becoming increasingly important to brands looking to reach consumers in the 'attention economy'. There are multiple examples in the Warc Media 100 of brands and their agencies finding unusual and unconventional channels that help them to cut through, to surprise, and to grab attention."

The Warc Media 100, is built on a rigorous methodology, which is applied consistently across all competitions tracked. This year, for the first time, the list of competitions included in the ranking is made known to provide transparency and proof of impartiality. Based on a worldwide survey and consultation with the industry, the awards selected to be included in the Warc Media 100 are: