Puma to spend 90% of marketing budget on digital, aims to grow sales by 25%

In an interaction with BestMediaInfo.com, Abhishek Ganguly of Puma India says the company will target tier II, III cities in the next two years while revamping its e-commerce website to increase sales by 25%. The brand will keep sports culture, influencer marketing and content at the core of its digital-centric marketing strategy 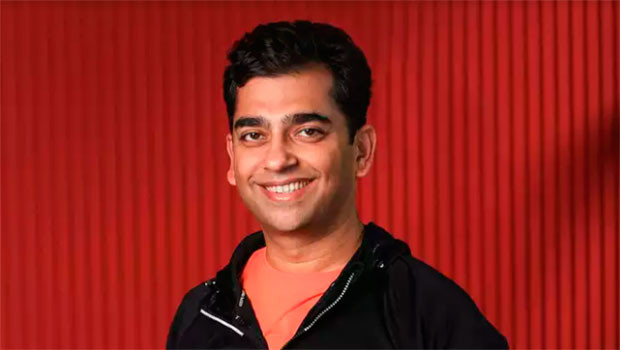 Leading sportswear and athleisure brand Puma is ditching all traditional forms of advertising to opt for digital. The brand plans to spend almost 90% of its marketing budget on digital as it believes it is much more cost-effective to reach its target group through the medium.

With focus on sports culture, influencer and content marketing as a part of its digital marketing strategy, Puma looks to expand its footprint in India by adding more stores and targets to push sales growth by 25%.

Witnessing a growth of 22% over the last year, Puma India had Rs 1,156.7 crore operating income in FY17-18 against Rs 958.2 crore in FY 16-17. Globally, Puma had a growth of 17.5% last year. In 2016, the brand in India had received FDI for opening its own stores and to directly sell products online. E-commerce presently contributes 22% to its overall sales and tripled the numbers in 2018.

In an interaction with BestMediaInfo.com, Abhishek Ganguly, Managing Director, Puma India, shared that the brand looks to grow at the base of 25% in the next two years. Apart from this, the brand also wants to capture tier II and III cities with new retail stores and has plans to redesign its existing e-commerce website.

Ganguly added, “We don’t look at market with market share or numbers. The goal is to stay very relevant to our consumers and to tell exciting stories and launch some great products to maintain our leadership. We have a very consumer-centric objective, rather very business-centric. It is incidental that we are market leader.”

The brand is a seller on both Flipkart and Myntra, and its dependency on alpha sellers is much less today. “A lot of e-commerce sites have a large traffic so one has to be there. One has to give the right kind of representation on these platforms,” Ganguly said.

Since Indians are taking more interest in sports, and sportswear has become a part of our lifestyle, the brand believes these two trends are helping it to grow.

Puma has also increased its focus on driving online sales through its own e-commerce platform, puma.com. Since it is a direct opportunity to interact with its consumers, the brand is also selling exclusive products that are not available on other sites. The brand plans to upgrade the website in the next four-five months and will make the supply chain more robust to be ready for e-commerce.

Puma has 365 stores in 130 cities in India, opening 25 in the last one year. Ganguly said, “Our stores are present in tier 1 cities and in the high street and malls. The next round of expansion will definitely happen in tier II and tier III cities also.”

Having done a few billboards, the brand doesn’t believe in traditional mediums at all. Digital will have a 90% share of its marketing spends.

“As we grow larger, our bucket of marketing spends will grow. But our orientation toward digital and social media marketing, influencer marketing, content creation and events will always remain core of our marketing. We will continuously keep investing in the culture market,” Ganguly said.

He said the new FDI rules and GST together had a positive impact on the business and GST has helped in smoothening of its supply chain.

On the upcoming association with Mary Kom, he said the partnership would give her an additional platform to share her stories, which would be an inspiration for others. “She will represent our philosophy and not just the campaign ‘Do You’, which is women-centric and has been running for three years now. She will be representing our fitness and training line very strongly,” Ganguly said.

On Puma’s USP, he said it has an iconic cult following and is differentiated and young. “We are not just an out and out sports brand. Our philosophy is to transcend the boundaries of sports and get into lives. We believe there is sport in life as much there is life in sport.”

Talking about the street culture, which is also its TG, the brand is doing a lot of associations and partnerships with sneaker heads. It recently launched RS, a heritage running product that now has been revamped into a modern sneaker.

Ganguly added, “A lot has happened in the last two-three years in the street culture space and street wear. India is really waking up in this. Sneakers are growing in this category. People who are collecting, buying, exchanging sneakers and creating content on this on social media is growing. Sneaker culture is on the upswing.”