Star India has claimed a 29% viewership jump in IPL’s opening weekend over last year but it is yet to be seen how the tournament performs going forward as it clashes with general elections, besides facing the disruption caused by TRAI’s NTO roll-out. BestMediaInfo.com speaks to top advertisers to find out how they have distributed their monies among the key TV events and what impact would IPL have from the ad revenue point of view 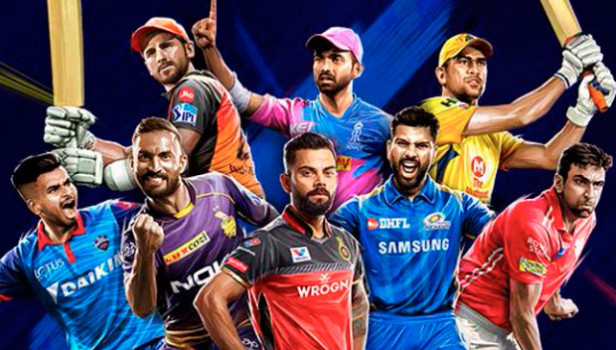 Star India, which bought the broadcasting rights of Indian Premier League (IPL) for more than Rs 16,000 crore for a period of five years starting last season, is under a lot of pressure to deliver a blockbuster season in terms of viewership and revenue this year. From the initial trends, the broadcaster looks in a comfortable position as it has claimed a 29% viewership jump in the opening weekend of IPL 2019.

In a statement, the broadcaster claimed that the opening weekend of IPL’s 12th season broke all existing viewership records according to the BARC preview. In terms of growth in reach, 219 mn viewers (All India: TV + OOH: 2+ : U+ R : March 23 and 24, 2019 : Only Match Telecast Hours) tuned in on the opening weekend, which was 31% higher than last year, said the statement. “Specifically, on the opening day, reach in HSM grew by 30% while in South reach grew by 20%.”

The broadcaster expects to increase its ad revenue by 20%-30% this year over last year.

But other big-ticket events such as the Cricket World Cup and general elections, along with the disruption caused in the broadcasting environment by the new tariff order, are casting a shadow on Star India’s revenue targets.

Though Star has already got 23 sponsors on board along with Vivo as the title sponsor, the last-minute inventory sale for reserved spots, which get increased rates, may be affected if the viewership growth doesn't build up accordingly.

Till now, the broadcaster has been able to get almost a 15% increase in its ad rates over last year.

“Star India has received a good 10-15% hike in the ad rates from the previous years, which is quite a bit. I feel World Cup will be affected because of IPL 2019 as most of the money will be drained out in April 2019 and May 2019. It is to be seen if the World Cup will get the rate it is supposed to get. As it is, in the World Cup, we will get around six India matches, seven if we are lucky. So the number of matches will be less. Whereas, in IPL, a certain favourite player plays at least eight games,” the advertiser said.

An industry expert says that both the World Cup and IPL have their respective brands. “This year, IPL has seen growth in the franchise, which is a huge plus. I can say that there is no impact as such on IPL due to the World Cup or general elections. There are some brands that are exclusive with World Cup while there are some that are exclusive with IPL. It depends on their market strategy but as the brand response for IPL is a concern, it is positively high and will increase as it progress.”

But the head of a large-sized brand that had been associated with IPL for several years had a bit of opposing view when it came to the forecast of overall tournament. The marketer acknowledges the fact that Star India has attracted a good response for the season but wonders if broadcasters would be able to maintain the viewership, which might be affected due to the general elections, World Cup and TRAI’s NTO.

“We have been associating with IPL for several years but this year we suspect that due to the general elections, there will be a lot of diversions. Hence, we decided to drop out of this year’s IPL. There is a possibility of viewers following elections than the IPL. The dates are clashing so there might be a dip in the ratings. Secondly, TRAI’s ruling has made the entire television system vulnerable and consumers are going without any packages. There are several households where the cable connections are switched off and the operator is creating his own packages and trying to sell that. No connectivity will further hamper the visibility,” he said.

He also said the World Cup 2019 might not have a direct impact on viewership but there will be an indirect impact following the Supreme Court’s mandate. The mandate states that there should be a minimum of 15 days between the end of the IPL and the World Cup and that is being adhered to. However, many teams are going to lose some key overseas players as their respective boards have asked them to return early for the pre-World Cup integration camps. This could well mean that some teams will be without their game-changers.

The advertiser says that a lot of money is invested in IPL keeping in mind the players. “If popular players decide to drop out, there might be a dip in viewership. Also, earlier IPL used to start in April but now it started in March 2019, which is an exam month. So that is also what is hampering the viewership as a lot of households don't have a cable connection. All these aspects will have a lot of impact on the tournament,” he said.

The expert believes that while the broadcaster has succeeded in selling major inventories, now they should be able to deliver the promised deliverables to advertisers as well. If they don't perform, next year’s tournament will have huge bearing and the advertisers will shy away from the tournament.

“If you are asking for 10 lakh for a 10-second spot, you need to justify. If we look at it, they have 18 sponsors so a pretty good chunk of their inventories is booked. I think now that the inventories are limited, they might charge higher. If they get good ratings then they might increase ad rates even more. If not, then it might really get difficult. Right now, the advertisers are playing blind mainly depending on the goodwill and trust. Frankly speaking, IPL is the most trusted tournament because the ratings are always decent. So advertisers are banking on it, it is a risk on those fronts,” he said.

Currently, Star India is quite bullish on its Vivo IPL 2019 programming and has spread out its reach on every available platform. Unlike the previous year, for 2019, the broadcaster has decided to broadcast select IPL matches (opening, closing and all Sundays) on the network’s movies and general entertainment channels. Last year, Star India didn’t have a dedicated sports channel for Kannada, Telugu and Bengali; and had aired the language feeds on Star Suvarna Plus, Star Maa Movies and Star Jalsha, respectively. However, this year, the broadcaster will air the matches on its recently launched regional sports channels -- Star Sports 1 Kannada, Star Sports 1 Telugu and Star Sports 1 Bangla.

The advertisers said that the broadcaster is taking every measure to deliver as they are answerable and accountable to their advertisers and agencies. “Last year, they had launched commentary for regional channels, so it wasn’t a surprise that they decided to launch the dedicated channel. In fact, I won't be surprised if they take it one step forward next year with Hotstar featuring different versions for a different region. Now how many people are watching it and how is the reach, remains to be seen but it definitely will lead to good growth.”

Through Hotstar, the broadcaster is offering ad targeting for live sports. Advertisers will be able to target 24 different cohorts during live streaming. Additionally, through contextual branded cards showcasing offers, mini-games, and polls, brands have been provided with a unique opportunity to engage viewers at scale during a live game and be a part of their moments of joy for the entire tournament.

Experts believe that as more people are taking to digital, Hotstar reach will go up. “India has one of the lowest rates for data with Rs 18 for a GB, we are the lowest. People will get on to it and will watch. Plus, the schemes on Reliance Jio will help get a lot of traction. A lot of growth will also happen on the back of mobile streaming, so we will see growth on Hotstar,” the expert said.