Why FTAs are turning into pay channels in new tariff regime

Broadcasters have converted their FTAs into the pay mode by pricing them as low as 10 paisa as the new tariff order doesn’t allow inclusion of existing FTA channels in the pay channel bouquet. Experts believe this could be a big gamble for broadcasters as they're compromising on reach and revenue to make their pay bouquet packages more elaborate and attractive 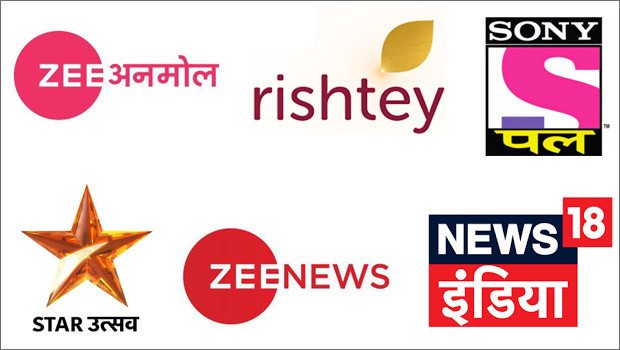 Free-to-air (FTA) channels are getting prime importance in TRAI’s new tariff regime as these are offered as part of the base pack of 100 channels. For a basic fee of Rs 130, consumers are offered 100 channels, of which 28 are from Doordarshan and 72 other FTAs.

In such a scenario where FTAs are gaining importance, leading broadcasters have decided to shift their FTA channels into the pay mode. Going by the current packages and a la carte offering, barring select news channels, all others are available at a minimum cost of 10 paisa.

Under the new regime, FTA channels such as Rishtey, Star Utsav, Asianet Plus, Zee Anmol, Zee Anmol Cinema, Zee News, Big Magic, Big Ganga and Zee Hindustan and others are not available in the FTA bouquets of cable or private DTH operators.

According to an expert, the decision to convert them into pay channels was taken following the new order that doesn't allow broadcasters to club FTA with the pay bouquet. “As per the new regime, broadcasters can’t club pay and free channels. So, the conversion to pay allows broadcasters to bundle channels together. These channels are available at minimalcost so they aren’t losing much,” the expert said.

However, all previously offered FTA channels are still part of Prasar Bharati’s FTA service — DD FreeDish. Sanjay Gupta, Managing Director, Star India, said, “The current pricing is for all the other broadcasters. Freedish is different because it is a government-run initiative. There, channels are selected through auction;the consumer just pays for the box and not for channels. Here, the consumer is paying for the channels,and has to pay for a bouquet or individual channel as they deem fit.”

Initially, the broadcasters launched FTA channels to tap into the rural demand. But it has been a learning curve for the broadcasters as well consumers. According to a media analyst, it is a wait-and-watch period for the industry. Experts believe consumers who are into the habit of viewing channels such as Star Utsav and Zee Anmol won’t mind paying a minuscule amount of 0.59 paisa or Re 1.

Prathyusha Agarwal, CMO, Zeel, said, “We can change the pricing, every month but then we have to inform TRAI. It is like any other sector where you have to declare your MRP to your regulator and roll it out. This is where this sector is moving towards. Earlier it was show marketing, now it will move to subscriber plus price marketing. That is why every broadcaster is geared up to plan the dynamic pricing. We have to be ready for an open market pricing paradigm.”

While the new regime has offered a much-needed boost to subscription revenue, broadcasters might lose on advertising revenue. Advertisers and media plannerssay FTA channels are a safer bet when it comes to advertising under the current regime.

Mansoor Ali, Chief Sales and Marketing Officer, Hamdard India, said, “FTA channels are the ones any DTH or cable subscriber can activate without paying extra charges, as long as he or she has space for it within the existing pack. It is a safe bet for advertisers in the new regime. TRAI has also consistently assured advertisers and consumers that there won’t be any blackout of channels and the shift will be carried out smoothly. Advertisers wanting to avoid risk will definitely find FTA channels more secure to reach out to their loyal viewers.”

The FTA channels are also facing a challenge of how to figure in the base pack of 100. The choice of being placed in the first 100 channels mainly depends on consumer pull and commercial deals with operators. As a result, FTA channels might have to pay some extra as placement fee to get a spot in the base pack.