The film, conceptualised by Enormous, portrays through a story of two brothers on how the right advice can change lives. It was launched on the occasion of the brand’s fifth anniversary 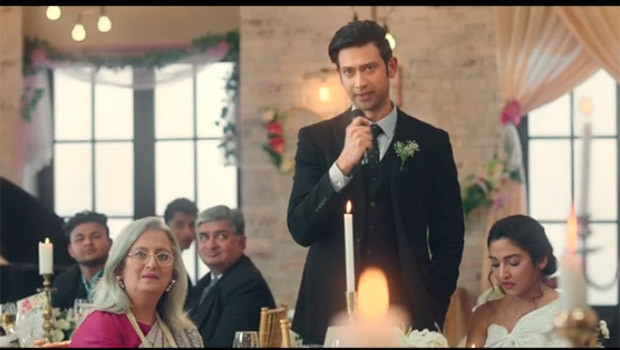 On the occasion of its fifth anniversary, Paisabazaar.com, the online marketplace for financial products, has launched its maiden brand film, ‘The Wedding Speech’.

Within three days of its launch on digital platforms, the film has garnered over 5 million views on YouTube and other channels and has been shared over 20,000 times on Facebook alone.

Paisabazaar.com was co-founded in February 2014. Its brand initiatives so far have focussed on product offerings on the platform, and this is the first time it has launched a brand film.

The brand film, through a story of two brothers, focuses on how the right advice can change lives. Paisabazaar.com says it wanted the consumers to connect its brand with trust and good financial advice. The inspiration for the film came from millions of conversations Paisabazaar.com has had with consumers from all walks of life in the last five years. It says often consumers, after getting a loan through its platform, would come back, to thank them for helping in a difficult situation.

Naveen Kukreja, CEO and Co-founder, Paisabazaar.com, said, “As a market leader, we invest deeply on building the brand. However, most of our earlier brand initiatives worked in a functional space where the intent was to increase consumer awareness. With this film, we wanted to go deep to try and connect with consumers and increase the brand affinity. The initial feedback has been overwhelming and is encouraging, for us to do more such work in the future.”

The brand film has been conceptualised by Enormous. Ashish Khazanchi, Managing Partner, Enormous Brands, said, "We wanted to have a conversation around the brand, which was more than just the product value proposition alone. The brand stands for honest to goodness financial advice. We wanted to create a film around these core values."

The film has already started earning rave reviews from consumers and the industry alike.

“This was a thoroughly engaging branded film by Paisabazaar. It got me curious in the beginning when they added that small twist of the groom’s brother being mute. And his insistence that the groom be his voice for his speech — very clever narrative device! That alone made me sit through it fully,” wrote Karthik S in a review of the film.

“In this clutter of creating content and advertisement pieces, this piece is a rare diamond. Brilliant script, stunning execution and such lovely subtle brand mention…..Made my day,” said a viewer who shared the film on his social page.

Through the brand film, Paisabazaar.com is also aiming to reach out to MSMEs, one of its key customer segments. It says this year, the MSME sector will be one of its key focus areas, with more and more self-employed shifting to digital channels to access credit for its business needs. It already has 25 partners on board, who are equally focused at providing easy lending solutions. Paisabazaar.com says it aims to become the largest online platform for business loans as well.

“The Paisabazaar brand has grown significantly over the last five years. Despite being very young, we are one of the most trusted and well-recognised financial services brands in the country. The testimony to the fact is the enormous reach we have been able to build. Today, we get over 2 million product enquires from over 1150 cities and towns in India every month,” said Naveen Kukreja.

The brand initiatives have led to a 5X growth in traffic on the Paisabazaar platform in the last one year.

Paisabazaar.com says one of its key intentions with the brand film is also to spread the message on self-reliance and standing on one’s feet, and it is always behind its customers to support just endeavours.

“We want to give our customers the best advice and the best products, which go hand in hand. Like, we run India’s largest credit awareness and credit advisory initiatives where through expert advice, we help customers get access to the best lending products,” said Naveen Kukreja.