The agency won the account in a multi-agency pitch and will take care of the brand’s offline media duties. Behrouz will launch its first brand campaign on TV soon 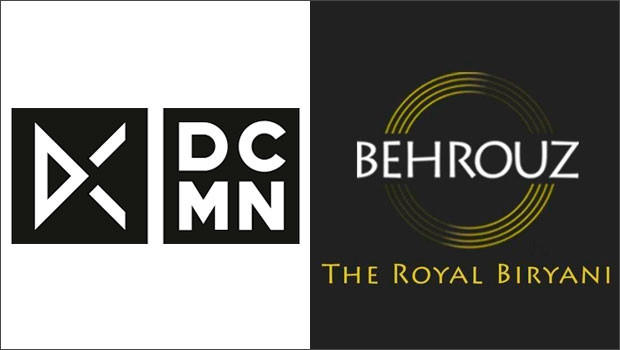 Behrouz Biryani, a digital-only brand, has appointed DCMN India as its media agency on record. The agency will take care of the brand’s offline media duties. The account was won post a multi-agency pitch.

An industry source told BestMediaInfo.com that the account size is pegged to be around Rs 90 crore for two years. Behrouz launched its first campaign across digital, print, outdoor and radio in 2018. It is for the first time that the brand will start advertising on TV as well.

Confirming the news to BestMediaInfo.com, Bindu Balakrishnan, Country Head, DCMN India, said, “We are excited to get Behrouz Biryani on board with us. The client wants to build awareness around the brand with its upcoming campaign and along with their creative agency, the brand created a wonderful campaign. Another important objective of the brand is performance-driven, which is to increase the number of people registering on their website along with the increase in sales.”

Last year, Carat India was appointed as the brand’s core media agency and Columbus India as its digital agency. The brand’s creative agency on board is BBH India.

Incorporated in 2016, Behrouz Biryani with a presence in 15 cities across 160 locations is the first organised player in this segment in the country. The brand has no physical store-front and works on a dark kitchen-delivery only model. With the food industry moving to online ordering from dine-ins, Behrouz has set up a network of 160 cloud kitchens to cater to a large geography at a reasonable cost.

The media agency has designed a TV tracking tool called ‘DC Analytics’. With it, the agency is able to design highly targeted and minutely optimised television plans for its clients. DCMN tracks the exact performance of a TV campaign, its impact and the RoI that it drove at a granular level, through the traffic on the client’s website. Overall, the brands can gauge the impact of a TV campaign even now, but not slot-wise, channel or programme performance.

Launched in 2016, the Germany-headquartered agency, DCMN India, has been working for clients such as Truecaller, Cars24, Fynd, BankBazaar, NestAway, Grofers, ace2three, EaseMyTrip, DHL, Payback, SecretEscapes, among others. The new-age media agency has a clear focus on digital-first or digital-only brands. But digital isn't the only thing the agency specialises in.