With the World Television Premiere of Spider-Man: Far From Home on December 8, the channel is set to showcase Hollywood blockbusters in Hindi, Tamil and Telugu

&flix, the English movie channel from Zee Entertainment Enterprises, has announced World Television Premieres of Hollywood movies. The channel will offer movie enthusiasts to watch Hollywood blockbusters in native Indian languages, including Hindi, Tamil and Telugu, along with English.

Available as part of the Zee Prime English Pack, &flix, in association with Sony Pictures Television, will offer fans from across the country a chance to watch their favourite superheroes on television, just months after the worldwide movie release. The latest offering will see Hollywood A-listers speak the Indian languages.

Come December 8, Spidey is all set to say Hello, Vanakkam, Namaste and Namaskaram with the World Television Premiere of Spider-Man: Far From Home on December 8 at 1pm, 7pm and 9pm in English, Hindi, Tamil and Telugu. The channel has garnered support from premium brands such as Ray-Ban and Bose as Co-Powered By sponsors and Adidas as the Associate sponsor. With this, viewers will now be able to watch the biggest titles like Jumanji: The Next Level, Charlie’s Angels and many more on &flix.

&flix also brings to its viewers a new programming block “Flix For All” now in your own language, weekdays at 9pm. The block includes a specially curated line-up of high-octane movies, which will not only be aired in English, but also in Tamil, Telugu and Hindi. The library includes hits such as Mission: Impossible - Rogue Nation, Bad Boys II, Venom, Brightburn, MIB: International, Spider-Man: Into The Spider-Verse and many more.

To launch this offering, the channel has taken an all-inclusive communication approach with multiple content innovations and marketing initiatives. These initiatives include associations with YouTube content creators, new-age and print media platforms and even the Mumbai Metro. Additionally, &flix has also collaborated with its trade partners to introduce and create conversations around the offering. 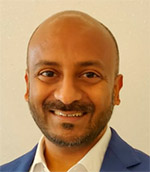 Kartik Mahadev, Business Head, Premium Channel Cluster, Zeel, said, “The English movies category has always been metro focussed. However, NTO has homogenised the market, in the sense that viewers in the mega-cities and viewers in a remote Indian small town are both paying the same price to subscribe to an English movie channel.  This makes for a compelling case for channel brands to broaden their approach.”

&flix is available as part of the Zee Prime English Pack that includes four premium channels — &flix, Zee Café, LF and Wion at Rs 15 per month. &PrivéHD will bring riveting and award-winning films that stimulate the minds and bring alive the other side of cinema with Zee Prime English HD Pack comprising &PrivéHD, Zee Café HD, &flix HD and LF HD priced at Rs 25. Consumers can also subscribe to the Zee All In One Pack @ Rs 59 per month.

Tags: &flix Spider-Man: Far From Home
More from this section