Conceptualised by Taproot Dentsu, the idea is to remind people, especially parents, about how detrimental it is to a child’s growth to pressure them. It is very important that a child remains a child. Parents shouldn’t be in a hurry to turn him/her into an adult

On November 14, Children's Day, the Free Press Journal changed its masthead to ‘Free Child Journal’ because it wanted to draw the nation’s attention to issues that deserve to be addressed. The aim is not just to write about the changes that India witnesses daily but also play a part in changing India for the better.

Free Press Journal started this movement on August 29, National Sports Day, by changing its 90-year-old brand name to ‘Free Sports’ followed by ‘Free Food’. And on November 14, it wants to shine the spotlight on the future of the country.

India has the largest population of children in the world at 400 million. Unfortunately, statistics show that one out of four children suffers from depression. The major cause is parental pressure. This depression then leads to feelings of low self-esteem, displays of violent and suicidal tendencies, and stunted emotional development. And to them being robbed of a childhood that should be filled with happiness and fun.

This is an issue that needs to be addressed and so Free Press Journal is dedicating two full pages to it, in an attempt to tackle the issue head-on. On the pages inside, one will find articles written by Amole Gupte, Juhi Chawla, Kiran Manral, among other eminent personalities, discussing their thoughts, plans and efforts.

Abhishek Karnani, Director, Free Press Journal, said, “It is very important that a child remains a child. We, as parents, shouldn’t be in a hurry to turn him into an adult. The reason we’re want to highlight this issue in the way that we have — by changing our masthead — is because we think that sometimes, the message gets ignored when it is delivered in the form of an ad. Our innovation is supported by two full pages of articles. We will be taking this idea forward through the year, taking on multiple issues — like access to education, healthcare, safety, etc., on relevant national and international days.” 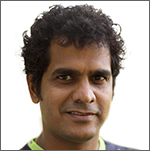 The idea was mooted by Taproot Dentsu. Santosh Padhi (Paddy), Chief Creative Officer and Co-Founder, said, “We want people to sit up and take notice of this pressing issue. We want to start a conversation and spark a change. We want to remind people, especially parents, about how detrimental it is to a child’s growth to pressure them. A message that we think is particularly relevant to be given today. But one that they should keep in mind every single day.” 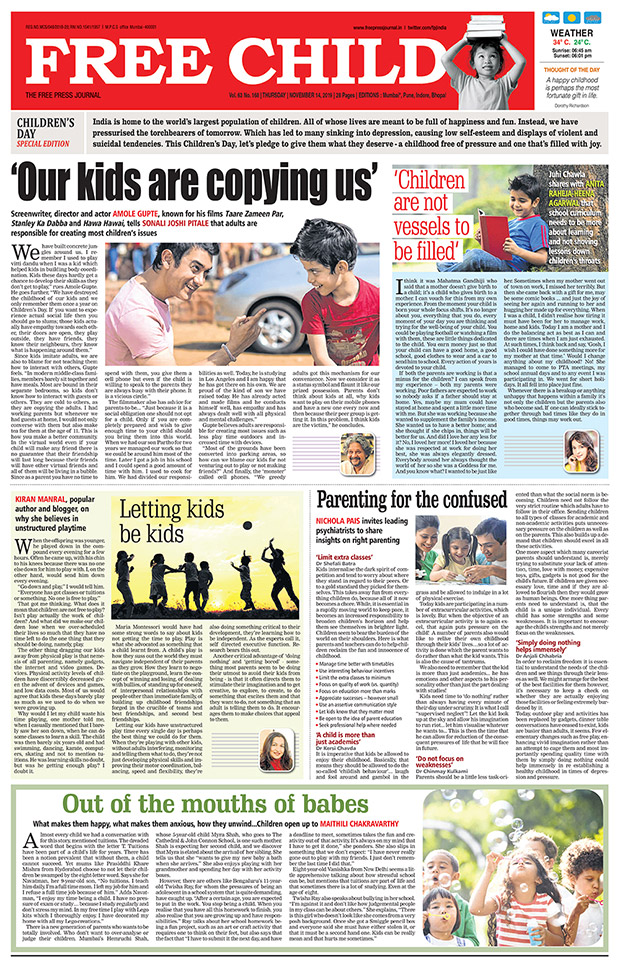