The campaign highlights the importance of sleep for physical health and mental agility and calls for attention to the apathetic attitude young adults have towards their sleep routines. The campaign is mainly being amplified on digital platforms of TOI, followed by print and other mediums

A good night's sleep is incredibly important for oneŌĆÖs health, but often it is not given due importance.

Taking this conversation ahead, and reinstating the importance of good sleep habits, Home d├®cor brand Bombay Dyeing and English daily The Times of India have joined hands to launch a unique cause called #TakeBackSleep.

The initiative is geared to jolt people out of their neglectful sleep habits and urge them to re-think their sleep patterns and make good sleep habits a part of daily routine.

Launched just before Diwali, #TakeBackSleep highlights the importance of adequate sleep for physical health and mental agility and calls for attention towards the apathetic attitude that young adults have towards their sleep routines.

The multimedia campaign is divided into three phases. The first phase aims to make India realise the need for proper sleep habits, and not fall into a ŌĆśsleep debtŌĆÖ. It will engage with millennials across print, radio, digital and television till December.

The remaining two phases will be planned after seeing the result and effectiveness of the first phase of the campaign.

The creative part of the campaign has been handled by Percept media and TOIŌĆÖs internal creative team. Zenith Optimedia has amplified the campaign.

The brand picked TOIŌĆÖs communication mediums for campaign awareness. 50% of the total marketing budget of #TakeBackSleep has been allocated to TOIŌĆÖs social media platforms. ŌĆ£We have made three videos, which is largely for social media and will also be used on television,ŌĆØ said Aloke Banerjee, CEO, Retail, Bombay Dyeing. 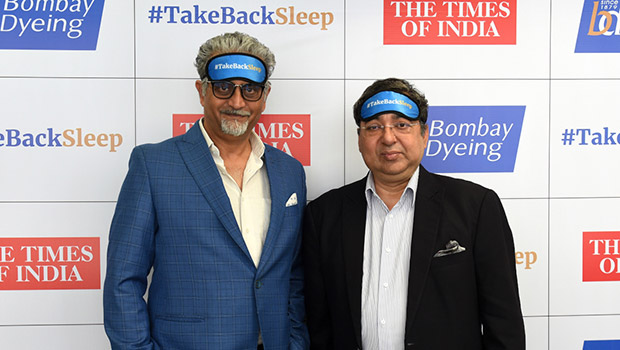 ŌĆ£We are trying to imbibe everything in the campaign which develops a talking point to the consumers,ŌĆØ he said.

According to Banerjee, the brand approached TOI with the concept of #TakeBackSleep. ŌĆ£ItŌĆÖs not our product advertising but a cause we want to work for and make aware millennials about the importance of adequate sleep,ŌĆØ he said.

Sanjeev Bhargava, Director, Brand TOI, said, ŌĆ£The message we want to give through the campaign is that your life will be better provided you give sleep the importance that it deserves. The main agenda of the campaign is to start a conversation today that doesnŌĆÖt exist today. Even though it does, the awareness on a larger scale is not there and we need to change that.ŌĆØ

Speaking on the collaboration, Bhargava and Banerjee said, ŌĆ£We want to precipitate the change and both of us have a belief that campaign will make a change in peopleŌĆÖs behaviour.ŌĆØ

Through a series of short films, conversations, interviews and debates, #TakeBackSleep is designed to educate, sensitise and showcase the need to adopt good sleep habits along with diet and fitness routines. The campaign dons an optimistic and sensitive tone as it presents relatable situations from daily lives of millennials when they have been neglecting sleep. The campaign is supported by a panel of sleep experts to share deep insights and advise on good sleep habits. An interactive Sleep Quiz has been designed keeping in mind the modern lifestyle habits. Using contemporary scenarios, this Sleep Quiz draws attention to triggers for sleep deprivation. Visit www.takebacksleep.org and take the Sleep Quiz.

The statistics on sleep deprivation was quite astonishing and the brand knew that it could help make a difference. #TakeBackSleep is an endeavour towards building a fitter and healthier India, especially the urban Indian population. Keeping in mind this aim, the brand is glad to have partnered with The Times of India to help extend the reach of our campaign across the nation.

According to Bhargava, TOI takes up causes neglected by the society from time to time. There is a lot of chatter around diet and fitness routines, but one rarely reads about the need to rest and sleep well. ŌĆ£We are glad to partner with Bombay Dyeing for this campaign that rightly urges the ŌĆśalways-onŌĆÖ generation to adopt good sleep habits, so that they rest well and are ready to soar to higher echelons of success,ŌĆØ he said.

Speaking about the campaign, Jeh Wadia, MD of Bombay Dyeing, said, ŌĆ£For 140 years, Bombay Dyeing has provided comfortable sheets, duvets, pillow cases, mattresses and pillows that have helped millions of Indians to have a sound sleep. As a market leader, I feel it is incumbent on Bombay Dyeing to make everyone realise the importance of eight hours of sleep ŌĆö 1/3rd of our lifetime. And by the way it is one of the longest and most consistent activities in our lifetime. Our internal research shows that millennials are sleep deprived due to variety of reasons. Bombay Dyeing presents #TakeBackSleep campaign, where we intend to educate the virtues of adequate and sound sleep. My biggest learning is that leading a fit lifestyle is not limited to working out, eating healthy and meditating, it is also about giving your body the rest. I choose to spend 1/3 of my lifetime with Bombay Dyeing, I hope and suggest you do too.ŌĆØ 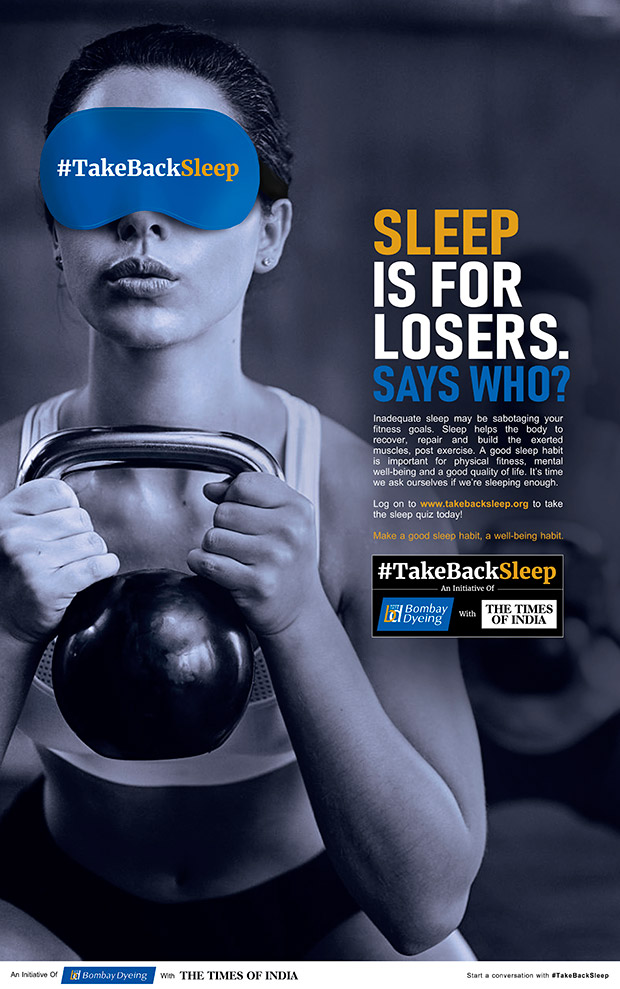 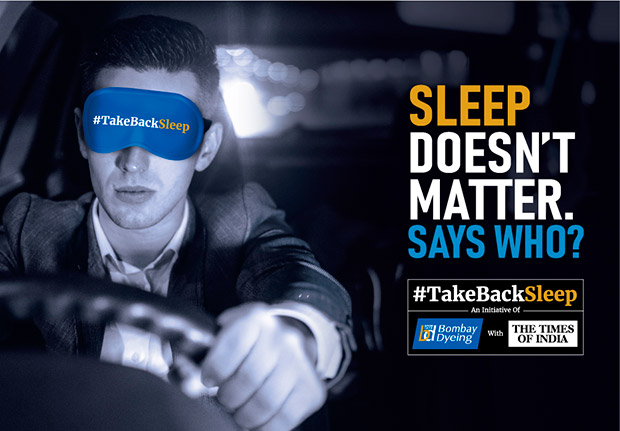 Road traffic is close to its peak across India, says Laqshya Media Group

Sold out ŌĆō How the IPL sponsorship slate braved the pandemic