Conceptualised by Orcomm Advertising, the publication through its Mitti Ke Ganesh campaign is trying to spread its message to not use idols made of artificial, non-biodegradable material. The background score sung by a child is one of the film’s highlights 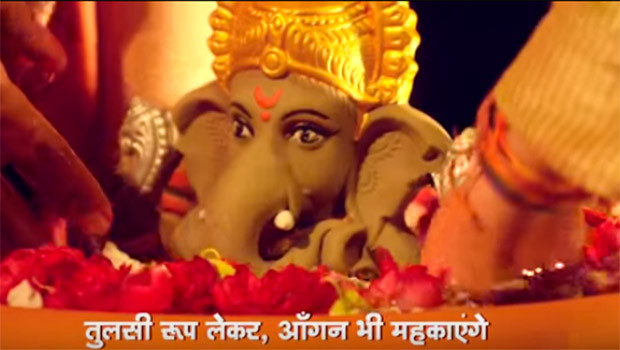 This Ganesh Chaturthi, Dainik Bhaskar has taken up the task to educate its readers about the harmful effects of idols made with plaster of paris (POP) on the water bodies through its initiative, Mitti Ke Ganesh.

Over the past five years, the campaign has managed to spread awareness and the results can be seen in constantly rising demand of Ganesh idols made of clay.

This year, the campaign emphasises that while the joy, zeal, devotion and faith towards the festival stays unchanged, with just one small step, we can avert big environmental consequences on water bodies and aquatic life. The publication has added a digital film to its communication arsenal, along with print, for greater reach and impact.

The film conceptualised by Orcomm Advertising showcases the zeal and grandeur of the festival through symbolism and hand gestures while the jingle in a kid's voice innocently glorifies Mitti Ke Ganesh.

The film subtly suggests immersing the idol in pots at home and planting seeds in the remains as a symbol of devotion and faith. A dramatic portrayal of a dissolving clay idol leaves a great impact on the minds of the viewers.

“Dainik Bhaskar has been carrying out this campaign for a few years now. The idea is to weave festivity with responsibility. The message is to enjoy the celebration but never forget that what you do impacts nature and environment. We are very happy that people are joining and taking it forward with us," said Vinay Maheshwari, SVP, Sales and Market Development, Dainik Bhaskar.

"Ganesh festival is all about revelry. Our TVC keeps that festive pitch high, but it also reverberates with the idea of responsibility and making a wise choice. We used the traditional Ganesh aarti from Maharashtra to convey this message, but we chose a child to sing it. This will definitely connect with a wider audience and tug at their heart strings as well as wisdom," said Kavita Koserwal, Director, Orcomm Advertising.