Both government and major political parties are likely to reach out to voters through an elaborate advertising plan. According to market experts, around 60% of poll-related advertising is expected to be spent on the news genre, between print and television. Social media will also get prominence in the media plan 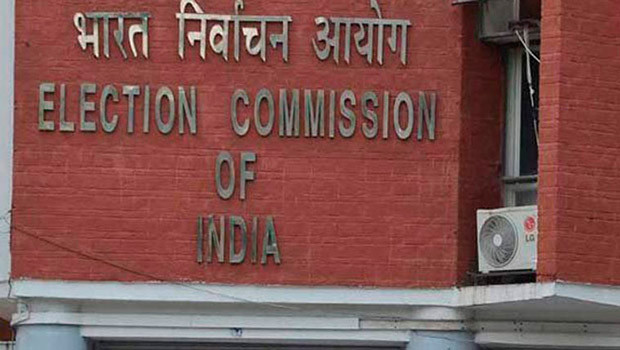 A major advertising blitz by the government and several political parties is on anvil in the run-up to the 2019 general elections. Advertising experts and industry leaders peg the overall expenditure of the campaigns at around Rs 5,000 crore.

The government on its own is likely to spend to the tune of Rs 2,500 crore to publicise its various welfare schemes along with a number of achievements during its tenure.

The government and the ruling Bhartiya Janata Party are expected to spend quite a bit around 'Brand Modi'. In the last four years, all campaigns undertaken by the government and its several ministries and departments have revolved around Prime Minister Narendra Modi.

Political parties, including the Bhartiya Janata Party and the main opposition Congress, are likely to spend close to Rs 1,500-2,000 crore on mass media and another Rs 400-500 crore on digital.

Shashi Sinha, CEO, IPG Mediabrands, said, “My estimate is that the political parties would be spending close to Rs 1,500 crore on mass media and the government will also spend a lot between now and January-February 2019. In measured media, this is about 8-10% increase. There are certain genres like news – between print and TV – that get affected very dramatically, so much so that I estimate about 60% will go to news, which is to the tune of Rs 3,000 crore.”

While the majority of the money is spent by the two national parties, BJP (NDA) and Congress (UPA), there are many regional parties that too spend a good amount on promotions in the pre-election period.

These are largely planned as multimedia campaigns, spread across all the media platforms. Outdoor is used significantly because that is localised. Even print and TV will be used for mass aggregation of voters. However, digital is increasingly becoming more important even for political advertising ahead of elections. Last year, in an interview, Prime Minister Narendra Modi had said that ‘2019 elections will be fought on mobile.’ This only reinstated the increasing use of mobiles in promotion and the need to use the platform.

Elaborating on the estimated increase in spends on digital, Bhasin added, “Typically, from the last 2014 general elections, the use of digital has increased significantly and it is expected to increase further. While it will be a multi-media campaign, digital and mobile will play a very important role more than ever before. This is particularly also because all parties are targeting the youth, who are better connected on digital and mobile. With the general elections, no media can be eliminated, but relatively, digital will see a much stronger growth. I suspect about one-third of the total spends should go to digital and mobile.”

Bhasin reiterated the importance of a healthy media-mix by saying, “There will be an onslaught of multimedia, because election campaigning is time-bound before the Election Commission announces a silent period for all the political parties. So, they are forced to use all media platforms.”

While mass media and mass aggregation of voters is top priority, it is equally important for political parties to sense the pulse of the younger generation through continuous social media engagement and listening.

Bhasin said, “Social media interactions and social listening is an important part of the game. But even right now, as an ongoing phenomenon, all political parties are active on social media and are consistently gathering attention.”

Sinha, however, felt mass media is where the fight for ad spends will be. He added, “There aren’t too measured spends on social media and it is more of a one-on-one engagement. It cannot be quantified.”

While political advertising is an important arm of the Indian adex, elections bring much more benefit to the advertising industry than just direct spending on ads. Ultimately, the total Indian adex is about Rs 53,138 crore by the latest estimates released by Madison Media, which means that the ad spends by political advertisers ahead of elections account to merely 8-10% of the total.

Bhasin explained how else elections do help in boosting the adex.

He said, “So, elections don’t affect advertising directly, as much as the sentiment does. Advertising is very sentiment-driven. Every election when the people see that a stable government is being formed and that the strong leadership is going to take control, there is positive sentiment, which helps advertising much more than the direct ad-spend by the political parties. If businesses are in a positive sentiment, they tend to spend more on advertising.”

Sinha expects brands to spend more on newsbut he doesn’t feel they will increase the overall budgets.