The network aims to increase original programming from 350 hours to 500 hours by March 2019. As part of its strategy, it is launching a new magic-based animation show, Rudra - Boom Chik Chik Boom 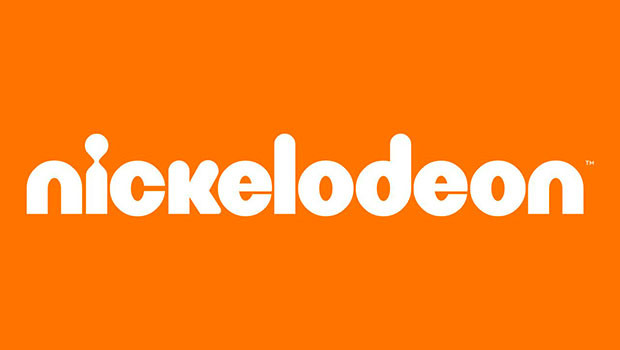 Having tasted success with the first four local IPs and standing at the top spot for four years now, Nickelodeon has pulled up sleeves to bring out the fifth IP in the ‘magic’ genre. Starting June 11, Rudra - Boom Chik Chik Boom - The Prince of Magic will go on air every Monday to Friday at 7.25pm.

Nina Elavia Jaipuria, Head, Kids Entertainment Cluster, Viacom18 told BestMediaInfo that the network had spotted a white space as no one was doing a magic-based animation on the kids’ genre. Currently having 350 hours of original programming, the network aims to increase this to 500 hours of original programming by March 2019. Since animation is an expensive affair, even if one expects each episode to cost about Rs 30 lakh, the network is readying itself for an investment of over 75 million only for upping the content.

In the year that went by, the kids’ cluster of Viacom18 claims to have grown the top line by 15%. Refusing to share any numbers on the bottom line growth, Jaipuria hinted that it is more than the top line growth. It was understood that about 10% of the revenues were generated through syndication, digital and other ancillary revenue streams, while the remaining 90% still came from advertising and subscription, though ads still dominate the revenue contributions.

Speaking more about advertising, Jaipuria mentioned that the kids’ cluster has been consistently increasing the ad rates over the past three to four years. She said, “There are a lot of different kinds of advertisers who come to the kids’ genre these days. Other than the usual suspects that are kids’ products and chocolates, we are getting almost an equal number of non-traditional advertisers on the kids’ cluster. Though the dependence on advertising has marginally come down, it still contributes a huge chunk of revenues. The under-indexation of the genre has gone down. Against a contribution of 8% into the total TV viewing of the country, the kids’ genre currently commands 3% of the total ad revenues. This can still grow, but it has come a long way from being 1% about four years ago.”

The network has also engaged with the advertisers in offering them alternative sponsorship deals, beyond the 30-second vanilla spots. There are a lot more brand integrations, consumer integrations, sponsorships and events like Kids Choice Awards.

While from a channel leadership point of view, Nickelodeon rules the roost and Disney stands at No. 2, the second channel from the network Sonic is also standing at the sixth position, quite close in numbers to Cartoon Network which is at No. 5. The data was mapped over the eight weeks since April 1, 2018 (All India U+R 2-14 ABC).

As a network, Disney leads the flock with 30% of the viewership share, closely followed by Viacom18 that has 28% share, Turner has 20% share, all others have 12% and Sun Network holds a 10% share in viewership. Nickelodeon has set its target to overtake Disney with 30% market share in the kids’ genre.

Viacom18 has been running a Nick slot on the network’s FTA Hindi GEC Rishtey for almost six months now. The slot has been contributing about 57% of Rishtey’s viewership by merely grabbing 24% of the EPG. The kids’ cluster channels are already available in Tamil, Telugu and Hindi, and the plans are to also consider Kannada and Bangla feeds.

With the launch of a new IP, the channel aims to take the viewership and engagement on the network higher than now. It had launched Motu Patlu, its first local production in 2012, followed by Pakdam Pakdai on 2013, Shiva in 2015 and Gattu Battu in 2017. Pakdam Pakdai, a chase comedy, has been contributing 30% to Sonic’s viewership. Shiva too was shifted completely to Sonic last year.

Anu Sikka, Head, Content, Kids Entertainment Cluster, Viacom18, said, “While we work with different production houses for different IPs, all the concepts have been developed in house, within the network. Even for Rudra, we realised that while magic has been an important part of India’s rich story-telling heritage and children have always been enthralled by this genre, there have been no kid’s characters that have been created to cater to this need of our young viewers. The launch of Rudra will help plug this important need gap and provide kids a character that can take them into a new imaginary and mystical world of magic.”

The network has also coined another character called Daaduji, aimed at giving moral lessons and teaching good habits to the children. 60-seconder shots have been launched on social media and on the channels about four days ago. Along with this, the kids’ cluster has another initiative called ‘Together for Good’ that makes the parents and children aware of cyber safety, physical safety and bullying.

Produced by Greengold Animation, nine-year-old Rudra is a spirited and intelligent boy who lives in the magical Sun City with his grandfather Jai Singh, a supreme magician and patriarch. Always curious to learn, Rudra is being mentored by his grandfather to emerge as his successor and the greatest magician ever, and to protect the city from the super-evil magician Shakaal and his minions. The show is written by Niraj Vikram (who is a regular with Nickelodeon’s other shows too). Like all the previous title tracks and songs for the theatrical movies, the title track of Rudra too is scripted by Gulzar.

Jaipuria said, “We have been focused at creating an entire ecosystem for kids that extends beyond television to movies, on-ground, digital, experiential, consumer products and OTTs with our successful portfolio of iconic made-in-India IPs. The launch of Rudra is set to add further depth to our portfolio and provide impetus to our objective of engaging kids and creating a dynamic kids ecosystem.”

The show’s launch will be supported by a robust promotion plan across all the network channels. It will also be brought to life on social and digital through games and a high decibel outreach plan. The promotions will extend into the upcoming Back To School Season through Nickelodeon’s expansive School Contact Programme across 700-800 schools, taking Rudra out of television screens into the daily life of kids.