Khemka will be based in Delhi (Gurugram) and report to the incoming GroupM South Asia CEO Sam Singh and Mark Heap, CEO Mediacom Asia Pacific. Tripathy will be leaving the organisation to explore new opportunities outside the group 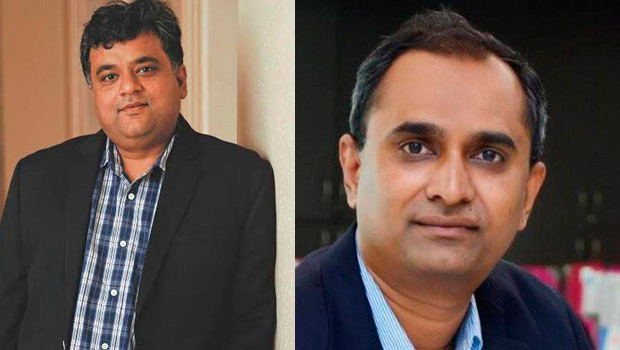 MediaCom announced the appointment of Navin Khemka as CEO of its South Asia operations effective July 16, 2018. Khemka takes on the role from Debraj Tripathy who will be leaving the organisation to explore new opportunities outside the group. He will be based in Delhi (Gurugram) and report into the incoming GroupM South Asia CEO Sam Singh and Mark Heap, CEO Mediacom  Asia Pacific.

Tripathy joined MediaCom in 2011 and under his leadership, MediaCom India has been among the fastest growing and most awarded agencies in South Asia. In recent years, MediaCom India was recognised amongst the Top 10 agencies in the Gunn Media 100 Agency Report, named Agency of the Year at the Festival of Media Asia, and delivered many award-winning campaigns recognised as amongst the best in the world, including Ariel’s “Dads Share the Load”, Gillette’s “Bachelor of Shaving”, and Wrigley’s “Doublemint #Startsomethingfresh”.

Khemka is currently the Managing Partner (North and East) and New Business Development Lead for the GroupM agency Wavemaker India. He has over 20 years experience, working with brands such as Perfetti Van Melle, Hero, Pernod Ricard, PayTM, Nokia, Samsung, Reckitt Benckiser etc. A MICA alumnus, Khemka has played a stellar role in growing Maxus and later Wavemaker in New Delhi with his client centric approach. He joined GroupM to lead the New Delhi branch of Maxus in 2014. He has previously worked in Zenith Optimedia, Cheil and Mudra.

CVL Srinivas, Country Manager WPP India who also presently holds charge as CEO GroupM South Asia, said, “WPP and GroupM are making many investments into areas that will further enhance our market-leading capabilities in India and South Asia.  We are excited to see Navin take on this role. With his experience and energy, we are sure he will take MediaCom to even further heights by leveraging all that our group has to offer, for the benefit of our clients.  Debraj has done a terrific job leading MediaCom. He has been a fantastic colleague and a very admired leader.”

Mark Heap, CEO, MediaCom APAC, said, “The search for a new leader has been an exciting one as there is no shortage of strong talent in India.  We considered many candidates from within and outside the group and unanimously knew that Navin was the choice.  Alongside our successes in India in recent years, MediaCom globally have built up tremendous positive momentum, winning more new business than any other agency in 2017 and being awarded the current Global Agency of the Year awards by Festival of Media, Campaign and Adweek.  In Navin, we have a leader with stellar raw talent and a real thirst for growth, who can capitalise on the enabling assets of the MediaCom global network and the strength of GroupM and WPP India.  I’m really looking forward to working with him to lead us boldly to a new level of success for our staff and our clients.”

Khemka said “I am excited to continue my GroupM journey with MediaCom. Given MediaCom’s dominant global position and aggressive plans am confident we will able to drive growth and lead the agency to the next level. The future is promising with the dynamic media landscape in India and the challenge will be to lead this change by driving relevance and effective ROI for our brands, including several blue-chip clients.”