Amid muted advertising growth, the profitability of newspapers has shrunk as newsprint cost has increased by 50% in the last one year. To offset the impact, the industry is mulling an increase in ad rates, entering into long-term contracts with newsprint suppliers and seeking tax relief from the government 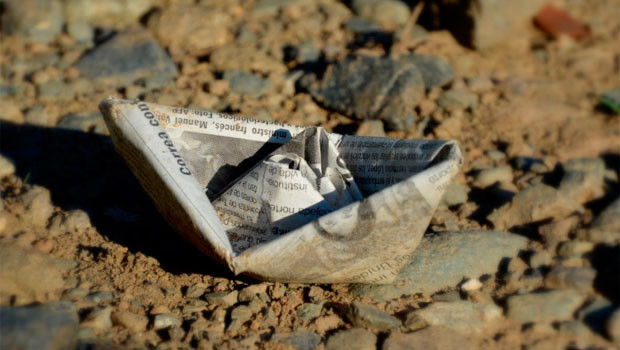 It's been a double whammy for India's print media as the rising cost of newsprint along with shrinking advertising growth has hit the profitability of the sector hard.

According to industry figures, the price of newsprint has gone up by 50% in the last one year and the steep hike is going to hit the FY18 profit margins of newspapers. Newsprint contributes around 50% to the total production cost of newspapers.

Last year, the imported newsprint cost was $550-600 billion per metric tonne. This year, the prices are hovering between $800-900 per metric tonne. The spike in newsprint prices is mainly driven by the move of China, the world’s largest paper recycler, to ban imports of mixed paper and plastic waste. China has now become a newsprint importer, causing global prices to rise.

Explaining the reason behind the hike in newsprint prices, Sanjeev Bhargava, Director, Brand, Times of India, said, "The biggest concern is this international crisis. A lot of independent factors are coming together at one time to create this spike in prices."

The profitability of publishers of major English dailies such as The Times of India, The Hindustan Times and The Hindu is being hit the most, as all three papers use high grade newsprint along with glossy papers on weekends.

India consumes more than 2 million metric tonnes of newsprint, half of which is imported from North America and European countries.

“Newsprint cost typically accounts for 40-50% of total operating costs. Having said this, we are experiencing a hike of 50% in the newsprint cost, which will increase the expenditure of the company in a big way. In order to recover from this, we would have to ensure we increase our advertising revenue budgets for this financial year and this will be the deciding factor for most of the media companies to ensure growth and profitability at the same,” said MV Shreyams Kumar, Joint MD, Mathrubhumi Group.

According to the newspaper owners, the hike in newsprint prices is expected to have about 12-15% impact on EBITDA.

The publishers are now mulling an additional rate hike along with various cost-cutting measures such as reducing the number of pages and not using high grade paper to offset the cost increase.

"This cost needs to be managed and mitigated through a combination of measures like revenue increase via ad rate improvements and cost-reduction. There will be a significant impact on profitability,” said Pradeep Dwivedi, Group CEO, Sakal Media Group.

The industry was already reeling under pressure after the Directorate of Advertising and Visual Publicity (DAVP) announced that the tender notices will now be published only on online platforms.

DAVP spends nearly Rs 900 crore in print advertising, which is about 4-5% of the print adex. Most of this is display advertising and tender notices amount to about 25% of it. The impact comes down to about 1-1.5% of the total adex on the medium. The regional and small papers are likely to feel the pinch because of reduced tender advertising. But the large national dailies would sail through without much impact.

Dwivedi said, “In a year when print is estimated to grow by 4-5%, this drop will be a big impact. The growth has anyway been sluggish for the last two to three years, considering demonetisation, GST, RERA and other factors. On a holistic note, DAVP tender notices prices are about 20-25% of the normal commercial costs, so the impact is not as much as cut in normal advertising. It is a significant impact, if not catastrophic.”

Bhargava of TOI says the absence of tender notices will not impact much. “DAVP tender notices pricing is extremely low, so the net impact on the bottom-line is not so much. It is of concern but not expected to have such a deep impact on us. On the other hand, the market should look up soon since the adverse effects of GST, RERA, demonetisation are behind us. Market is optimistic. Revenues will be back on track.”

Going beyond the business aspect of it, Dwivedi stressed the role newspapers play in dissemination of information. “Tenders are consumed a lot through newspapers. Newspapers generate significant reach in terms of the small entrepreneurs/ contractors who would want to participate in the tender processes. Online would have a shortfall on that front. Digital should ideally be an addition to print, in this case.”

While we could not get a response from Dainik Bhaskar on the matter, the annual report 2016-17 of the company mentioned how it is trying to tackle the increased newsprint cost issue.

There is a mention of usage of lower grams per square meter (GSM) newsprint, which helps in cutting costs since more realms of paper get accommodated for the same price. It further mentioned, “We adopted modern and improved printing technology. In the long term, we expect this to generate mileage advantage of about 4.76%.”

To mitigate the cost hike, the company has entered into long-term rate and volume contracts with global newsprint partners, ensuring uninterrupted supplies on imported newsprint.

The increase in this cost is also accredited to the launch of new editions.

The report said, “The group is affected by the price volatility of certain commodities. Its operating activities require the ongoing printing of newspapers and magazines and therefore require a continuous supply of newsprint. The volatility in newsprint prices is managed by variation in GSM quality of newsprint, page rationalisation, a dynamic hedging policy and effective cost management through total cost productivity.”

On ways to resolve the issue, Bhargava said, “We are trying to resolve the crisis in many ways. We are appealing to the government for some tax relaxation considering the unusual spike in costs. After all, it is a big and important industry and the government must look at our problems. On top of that, we are looking at industry support. As there is an increase in prices, we might need extra advertising revenues to cover it.”

Though, he was quick to add, “Ad rates are governed by market forces. They are not governed by intent.”

In addition to ad rates and the government’s help, Bhargava said, “A lot of international negotiation is going on. Second, we have to look at how to hedge that as we go forward, we will have to hence study the market and understand the possibilities to bring down these prices.”

Having said this, increasing revenues and decreasing costs are the most obvious ways of mitigating any price hike. Also, it must be noted that in terms of revenues, the print industry is largely dependent on advertising revenues, which contribute to about 80% of the total revenues. But is there a possibility, scope and headroom to grow the subscription monies through price rise?

Dwivedi feels otherwise. He said, “One can't really offset this cost on cover price increase – one is because the acceptance of cover price increase is limited and second is, in a competitive context, unless all the papers raise their prices, it will harm readership and circulation.”

So then, advertising rates is the only component that can grow.

“There will clearly be an implication on ad rates and print will start demanding higher rates, what they haven’t been able to get in the last few years. But even this will be able to compensate the price hike to a certain level. About a 12-15% tariff hike will offset the complete impact but I believe between a 6-7% increase in ad rates is what can be expected. The rest will have to be managed through cost-cutting.”

Accepting a serious hit on profitability, Kumar added, “The effect of it is being closely monitored by us; we would get to know it perhaps in the coming financial quarter. But indeed it has affected profitability. This is an extra expenditure, which would be a new challenge to take upon. However, I am confident that the industry will overcome this. With IRS in place, which shows growth of the total readership, we will be able to handle this problem with strategic thinking.”

Cost-cutting, which is another major aspect to fight it, is also being evaluated. After printing cost, the second biggest cost to the print industry is manpower. However, the other costs include advertising and marketing of the publication and distribution.

Sharing a few notes on that, Dwivedi said, “All costs come under scrutiny, be it trade marketing, seminars or other marketing activities that you do. But I don’t think distribution will be hampered. Some of the publishers do offer subscriptions at heavily subsidised rates. Such players will find it difficult to continue offering such discounts on subscriptions. For us, we have always sold on full cover price.”

While the industry will have to fight the double blow and find a way out to still keep sailing, the proportions of the two are different. Dwivedi mentioned, “The impact of increase in newsprint prices is at least 10 times more than the revenues from DAVP tender notices, at least for the large publishers like ours. Also, it is expected that government will review its decision on tender publication in light of the overall interest of the readers as well as publishers.”