Guest Times: Are digital marketers still afraid to incorporate AI into their strategies?

Sahil Chopra, CEO and Founder, iCubesWire, believes artificial intelligence is beneficial in the long run and can be incorporated in various verticals across departments. He analyses if the organisations are utilising it or if they are still sceptical and why 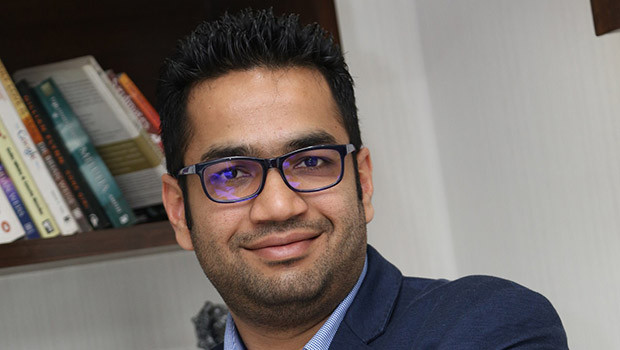 Artificial Intelligence is undeniably the most progressive innovation of the season and to say that organisations are barely scratching the surface would not be an understatement. They are devouring every opportunity that comes their way, which is indeed the need of the hour. AI is beneficial in the long run and can be incorporated in various verticals across departments. While we have just entered the arena and have just begun the AI journey, a lot has already been said and done on it. It is for each organisation to foresee what and how is AI useful for them as the possibility to explore is infinite. The question is whether the organisations are utilising it or are they still sceptical towards it. Well, let’s find out.

No. The management is certainly not scared to consolidate AI with their businesses as it is the cutting-edge technology in today’s times. Its usage will foster the growth of the organisation and there is no reason strong enough to refute it. If regulated effectively with decision-making power being in the hands of humans, it can do wonders that will be profitable for the brand as well as the customers. However, it is the automated AI tool, which is duly carving a niche of its own. These automated tools popularly known as ‘chatbots’ are embedded within the advertisement or the website, imparting solution to the viewer without the need of human intervention. As per a survey conducted by iCubesWire, 90% consumers are satisfied while interacting with chatbots and consider it beneficial for the future. This clearly states the farsighted reach and acceptability of AI integration in the minds of people. The brands should realise the vast capabilities associated with the incorporation of AI. Hence, it is not about being scared; it is about being confident and exploring what’s best for the organisation and the audience.

The corporates are certainly not ignorant about Artificial Intelligence, but they might not necessarily know the ideal way to utilise it with respect to their business. It is a vast category, which has tributaries emerging out of it; chatbots being one such tributary, which is being resorted to the most. Advertisers are enabling chatbots with campaigns that are both intriguing for the customers and profitable for the brand. As per iCubesWire’s survey, 45% consumers are not able to differentiate between a chatbot and a human. While this can be an act of ignorance on the part of the customer, it is surely a win-win situation for the brand as the customer is unable to identify whether the intelligence involved in solving their query his human or artificial. Secondly, another element that could be a hindrance in inventing extraordinary innovations is half knowledge. Artificial Intelligence might not be rocket science, but it isn’t anything less either. Even after endless theories, studies and surveys revolving around it, the practical competence is only sprouting.

Every organisation has a pre-defined goal that they aim to achieve while taking advantage of various tools along the way. Of course, the goal remains perpetual but the means to accomplish it enhances with the onset of path-breaking innovations. With proper understanding of the product and an eagerness to try it, organisations can bank upon affirmative aspects of chatbots and AI as a whole and explore its adaptability. The survey conducted by iCubesWire also shows that 59% of consumers prefer interacting with customer service via phone. Well, adapting to change certainly takes time with initial resistance from people. Similarly, in this case, it is both with the organisation as well as the consumers who either doubt the integration or lack the trust required or are comfortable with the tried and tested method of calling up customer services. The brands, on the other hand, should extract means to minimise the percentage to a bare minimum and embed technology that is apt, instant and accurate.

Organisations are gradually re-shaping themselves with AI with some being ahead of the others. In the coming years, 87% of CEOs vouch to expand their AI workforce, as stated by the Forrester survey which also states that the awareness and resonance created by Artificial Intelligence will have endless repercussions.