Speaking to BestMediaInfo on the side-lines of Epicurean Guild Awards, Mehta shared his thoughts on the upcoming channels under the ‘Living’ brand, inclusion of rural markets in BARC data and the extension of Living Foodz to the on-ground segment 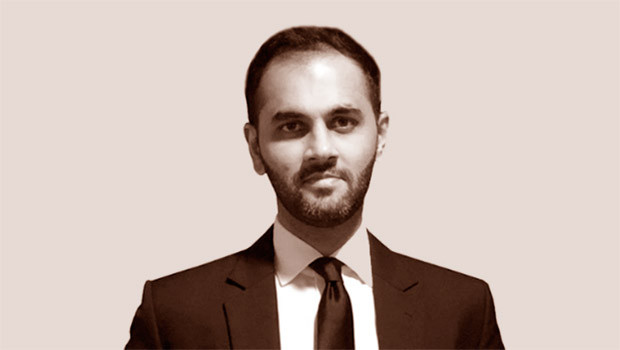 Essel Group Chairman Subhash Chandra, at the time of re-launching its lifestyle channel and renaming it Living Foodz, had said the Living Entertainment segment will generate revenue of Rs 110-120 crore within 12 months. Chandra had at that time said that the network is expected to generate close to Rs 80 crore from the international markets and Rs 50 crore from domestic markets.

Asked where the channel stands 2.5 years after the launch, Shaurya Mehta, COO, Living Foodz, said, “International markets are important to us. We are about to launch the channel in the UK towards the end of this month. We do garner healthy international revenues but our focus is still very much on the domestic markets first. From a business perspective, this is where we are first focused on driving growth.”

The channel is already present in a few markets in Africa and in the US. Refusing to divulge any numbers on revenues, Mehta confirmed that the channel had broken a while back. When asked about the Rs 100-crore target, he said, “We have not crossed that number yet. We will be looking at crossing that number soon. The channel has grown by about 40% in ad revenue since its launch.”

Asked what is taking so long since the testing started in December, Mehta said, “The launch is still in the works. We are still finalising our approach, content plan and the strategy. We keep try running a few signals to check. But it’s not ready for a formal launch.”

The channels will be ready to be launched sometime later in the year. Living Travelz will focus on the content around travel and lifestyle, in India and globally. The inspiration for Living Rootz comes from the history element. It will be covering elements of history within India and worldwide.

Meanwhile, the 2.5-year-old Living Foodz shot to the top spot in the BARC viewership numbers of the lifestyle genre. Since the re-launch in September 2015, the channel has been on top. However, it is only FYI18 that has displaced the channel from that position a couple of times, recently. When asked how the channel plans to consolidate its leadership position in a better way, Mehta denied that any of its competitors had been able to surpass Living Foodz. He added, “BARC’s alpha report for NCCS A1 audiences in metro cities shows that Living Foodz has consistently led the genre across all cuts since its launch in 2015. The competitors have come close at sometimes but they have not been able to overtake. Having said that, FYI TV18 has done an excellent job in showcasing their content. From our perspective, we don't really focus on what competition is doing or what are their plans on the future. What we have done from the start and will continue to do is building our original content canvas. We try to have shows that are a result of direct consumer feedback collected.”

The channel has been pushing hard on the platforms beyond television, though TV remains its prime focus. The channel has a couple of on ground intellectual properties (IPs) that it is building as annual properties. A year back, the channel had launched the Epicurean Guild Awards and Food Fiesta. The Epicurean Guild Awards recognises and celebrates the game changers within the culinary and hospitality industry that operate in fine dine and premium casual dine. This year, in its second edition, the awards covered eight cities, up from last year’s three.

On the other hand, Food Fiesta was organised in multiple cities where celebrity chefs were available to interact with the audience. This is more B2C, while the awards is more B2B.

Later this year, the channel is looking at launching its third on-ground property, a food festival that planned to be an annual event.

Mehta said, “When we see Living Foodz evolving in the future, it is not going to be only about TV. It’s going to be as much digital and on ground, as it is about TV. From our perspective, we are looking at something more seamless platform where irrespective of the screen size, we have audience that we are engaging with and that in turn will help bolster our brand and aid our position across the platforms.”

Digital is another area where the channel is trying to strengthen its position. “We will be making a big splash on digital in the coming year where the reach is potentially 10-100 times more than what we could do on TV. As such, we are focused on making this a cross-platform brand and channel,” added Mehta.

All the content from the channel is already available on Zee5. In addition to this, the channel is also building specific content, tailor-made for digital platform. “We have products that are meant specifically for Living Foodz on digital, including the website and social platforms, where we are creating exclusive content for digital to be published across these platforms. It’s not just making the TV content available on digital, but we are focusing on making content exclusively with digital mindset.”

While Living Foodz was being intended to be converted into a multi-platform brand, television still remains the core. The lifestyle genre experienced a new wave when BARC started capturing the rural data. There was a lot of discussion on how rural India was almost equally watching the lifestyle genre. When asked about the numbers on Living Foodz, Mehta explained, “What this has done for the genre is that it has put us slightly on the back foot. Urban India is definitely the prime TG for this genre and as of today, that continues to be the case. Having said that, the numbers coming from rural have grown, but that growth is still modest compared to the numbers that we garner from urban India.”

So is it that the rural markets are not monetisable for the lifestyle genre? Mehta denied that. He said, “The rural markets are certainly monetisable. The brands associated with us vary from all industries – FMCG, two wheelers, appliances and everything. When each of these categories looks at their outlook for the next five to 10 years, rural consumption is a massive focus area for growth. There is no doubt that a category like ours will benefit from the rural growth in viewership and consumption.”

Lastly, despite the fact that the viewership numbers of the two genres are in the competitive space, the lifestyle genre is way behind the English movies genre, in terms of perception. To this, Mehta said, “I think different channels within different genres are able to create a certain perception and we have seen tremendous growth for Living Foodz in the last year and also acceptance from the market. I don't think this holds true for across the genres.”