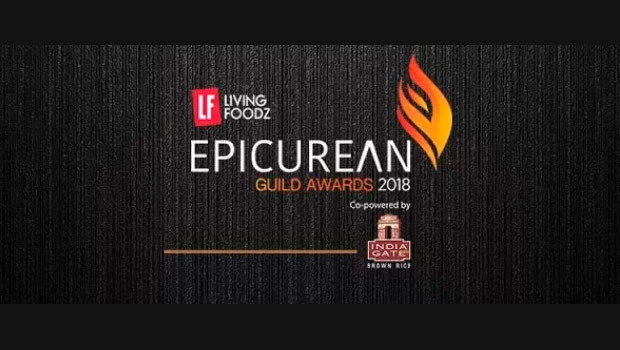 The award show will be telecast on Living Foodz in April this year. India Gate Brown Rice was the ‘Co-Powered By’ Sponsor and Volkswagen was the ‘Driven By’ Sponsor for the Epicurean Guild Awards 2018. Some of the strategic partnerships for the property included radio partner Radio One, social media partner Facebook, styling partner Jean Claude Biguine, print partner The Hindu, blogging partner FBAI, tea partner TGI.Co and hospitality partner Sahara Star.

Attended by India’s food mavens, influencers and eminent personalities such as Kunal Kapur, Maria Goretti, Amrita Raichand, Thomas Zacharias, Kunal Vijayakar and Prahlad Kakkar, the evening was a celebration of India’s evolving fine-dining and nightlife culture. Comedians Kunal Rao and Azeem Banatwalla had the audience in splits throughout the night.

As the curator of the Epicurean Guild Awards, Chandra said, “The Epicurean Guild Awards are an attempt to redefine the narrative of fine-dining in India, which has undergone a significant transformation over the last few years. The awards champion India’s emerging stars who have put the country on the global culinary map. I have always rooted for the emergence of talent in this space and I am delighted to be a part of this unique property.”

Speaking about the evening, Amit Nair, Vice-President and Business Head, Living Foodz, said, “At Living Foodz, we have always stood for creating new formats and intellectual properties. The Epicurean Guild Awards in its second year have been a resounding success due to the meticulous approach and range of the jury involved. We are thrilled at the response from the consumer votes for the Best Food entertainer and Best Instagrammer of the year. The 10,000-plus votes were a testament to the burgeoning interest in food-related content both on TV and digital, where we have maintained a sustained leadership.”

The winners of this year’s Epicurean Guild Awards were: