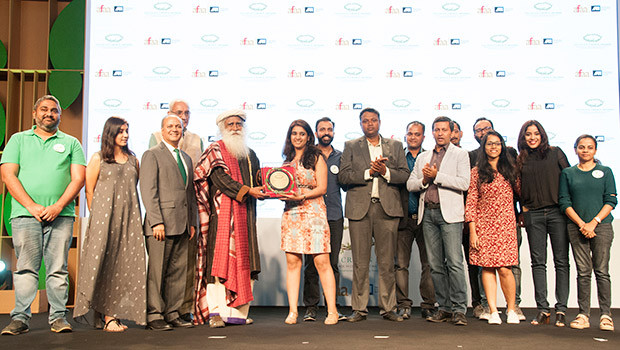 Ogilvy & Mather bagged the Campaign of the Year award at the Olive Crown awards 2018 for its Vodafone campaign. The agency won three metals, one Gold and two Silver. On the other hand, the Gold Corporate Social Crusader Award was presented to Reliance Foundation and the Silver to Vodafone at the eighth edition of the awards that recognise excellence in communicating sustainability.

JWT bagged two Gold and a Silver, while The Social Street and Reliance Foundation won two Gold each. FCB Interface bagged six metals, one Gold and five Silver. The agency won all the awards in the Press Unreleased Category.

Ashvini Menon Visual Design too bagged a Gold and two Silver. DCB Bank too won a Gold and a Silver and bagged both the prizes in the TVC/ Cinema Unreleased Category, which had no other winner. Happy McGarry Bowen won three Silver metals. Madison BMB, Scarecrow Communications, Big FM, TAFE, Bajaj Electricals Limited and Organic BPs won one Silver each.

The International Advertising Association (IAA) India Chapter presented these awards at a ceremony in Mumbai.

Ramesh Narayan, President, IAA India, said, “The response was heartening with more than 100% increase in the number of entries received. Entries have come from nine countries in total. The Olive Crown is truly a pan-Asian award now.”

Kaushik Roy thanked the jury for the recognition of Corporate Social Crusader of the Year Gold - Reliance Foundation.

Sadhguru of Isha Foundation, the Guest of Honour, was in conversation with Sudhanshu Vats of Viacom 18. “This is Bharat – on small issues we may fight but we come together when there is a real problem.”

Sadhguru said, “When we get to a certain pace of activity in life, we have a fundamental responsibility to positively impact the life around us.”