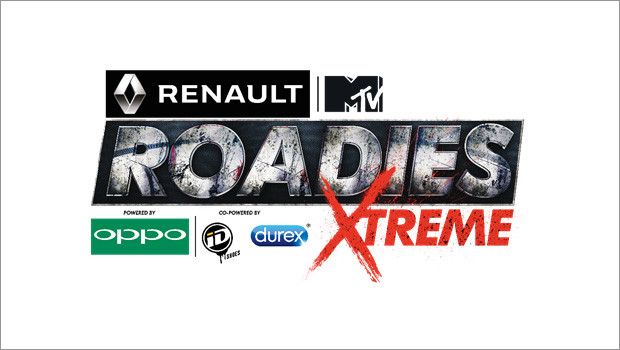 MTV Roadies, in its fifteenth year, is back with its all new season, Roadies Xtreme. Along with Renault as the title sponsor, Oppo has come on board as the powered by sponsor while ID Shoes and Durex have come together as co-powered by sponsors.

Taking the fifteenth edition a notch higher, Roadies aims to offer its viewers a season filled with utmost thrill, excitement and adrenaline rush. Raj Nayak, Chief Operating Officer, Viacom18, said, “The completion of fifteen years of a reality show in India is a milestone in itself. Roadies has not only set new benchmarks for itself but for other shows in the reality TV show space. MTV is the only channel in the country that understands the psyche of the youth and keeping in mind their needs, the channel never fails to reinvent itself. The show has not only successfully maintained to be relevant through these fifteen years but has also created a cult following for itself.”

Elaborating on sponsorship deals, Ferzad Palia, Head – Youth, Music and English Entertainment, Viacom18, said, “Roadies, through the years, has not only gained immense popularity but has built a loyal fan base like no other youth-based channel in India. The ever-increasing viewership base of the show amongst the youth is the result that the brands are keen on associating with the show. We aim at establishing a significant equity and create innovative brand propositions through our association with sponsors like Renault, OPPO, ID Shoes and Durex this time around.”

“Associating with Roadies for three consecutive years is a result that our collaboration with MTV has been successful. Roadies is synonymous to travel, exploration and adventure just like Renault DUSTER. The show has managed to garner positive response from the very first season from the youth and we are confident that this season will be ‘XTREME’-LY fruitful as well,” said Virat Khullar, Head, Marketing, Renault India.

The show is supported by a 360-degree marketing push and will run across radio, outdoor and digital.