The music piece has been created by Rajeev Raja, Founder of brandmusiq, which is a sonic branding company in India 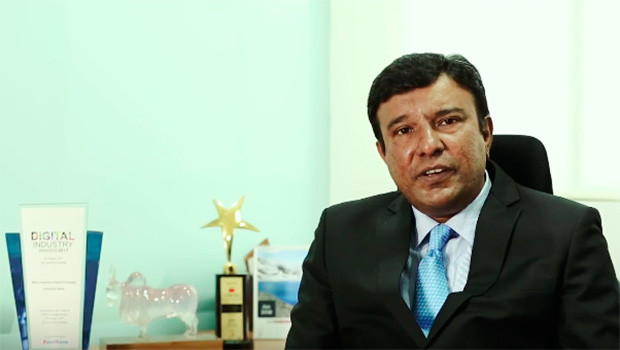 IndusInd Bank launched its new sonic identity as part of its branding initiatives. The objective for associating to a sonic identity is building the bank's brand imagery with the strategic use of music and sound for brand experiences and audience connection. The sonic identity is derived from the bank's persona and core values of innovation, courage and dynamism as well as its strong desire to place customers first.

The music piece has been created by Rajeev Raja, Founder of brandmusiq, which is a sonic branding company in India. The musical logo is also referred to as the MOGO™ (short for musical LOGO). The MOGO™ is a short, four note piece of of 2-3 seconds surrounding which  there is  a longer (90 second piece) called the MOGOSCAPE™ which serves as the sonic palette of the brand, defining the brand's zone of sound.

Commenting on the launch of the musical logo, Anil Ramachandran, Head, Marketing and Corp Communication and Retail Unsecured Assets at IndusInd Bank, said, "Sound and sonic branding have been around since the dawn of radio, yet its power and importance has often been marginalised. Music can capture the emotional essence of a brand like no other. A sonic identity adds a powerful dimension to the visual identity and can work subliminally so that, over time, it becomes part of a brand's cultural impact. The intent is to create a strong emotional engagement with our customers spanning across various platforms. Technology and the digital world are all pervasive today and a sonic identity can be a very powerful asset in creating brand consistency, empathy, differentiation and relevance. Our Mogo encapsulates gamut of emotions ranging from awe, surprise to wonder and courage."

The Bank will use multiple 'earpoints' to address its wide and varied stakeholders. The sonic identity will be used to engage with customers and stakeholders across all engagement platforms such as ATMs, net banking, mobile apps, TV, radio, social media and on ground activation. To heighten brand experiences, the Bank has created an engaging microsite which emphasizes the power of sonic identity. The Brand has incorporated interesting games and contests to engage the user. Sonic Identity is an extension of the Brand’s personality with an intent to strike the right emotional chord with its stakeholders and to create an experiential moment with the brand.