All Out bats for tough moms in new spot, but is there any brand connect?

In its biggest campaign for 2018, conceptualised by BBDO Gurgaon, All Out has come out in support of tough moms. #StandByTough Moms argues that it is important to stand by parents and the tough decisions they sometimes have to take.But how relevant is the subject matter for the brand? 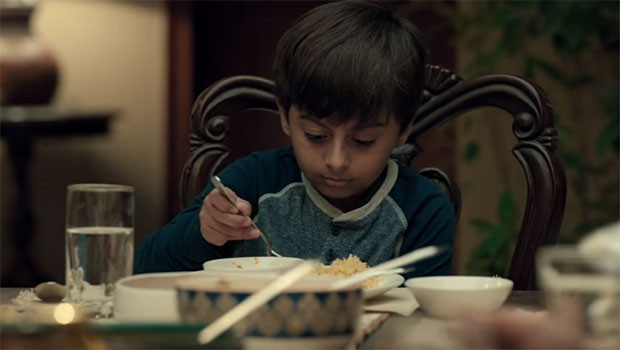 Touted as its biggest campaign of the year, All Out has come up with a new ad film called #StandByToughMoms. Created by BBDO Gurgaon, the campaign has come out in support of tough moms and argues that it is important to stand by parents and the tough parenting decisions they make for the welfare of their wards and in turn for the welfare of future generations.

Set in a joint family setup, much of the story takes place around a dining table where the family has gathered for a meal. We can see that the male child of the family is upset about something and pushes his plate of food away without having eaten it. The mother tries to get the boy to eat his food one more time. When he responds by pushing the plate away a second time, she simply takes the plate away. This gives rise to a discussion around the table and we find out that the boy has stolen Rs 10 from his mother’s purse for which he was scolded. The discussion invariably turns to how the mother was too tough on the boy and how she shouldn’t have made a big issue out of it.

With everyone against the mother, the patriarch of the family comes to her support, saying she has done the right thing. The film ends with a call to rally against tough moms and the message that ‘it’s good to be tough’.

Ads that talk about a bigger message than a simple sales pitch are the flavour now-a-days. Be it detergents, clothes, cars or even beer, everyone wants a say in how you can build a better tomorrow or address problems that are so inherent in our society that they cease to be problems and become part of our culture.

But not all ideas might work well for a brand because relevance is of key and so is how well the narrative ties in with the brand and its philosophy.

#StandByToughMoms aces when it comes to idea, execution and casting but how well does the campaign work for the brand? BestMediaInfo.com spoke to a few movers and shakers in the industry to understand if the idea and the brand find harmony in each other.

Rahul Ghosh, VP & Senior Creative Director, Contract, feels that while the story is compelling, the end was kind of a let-down.

“No doubt it’s a compelling story that’s well told and makes a point that will resonate with the times we live in, till you see the product reveal. Which is when things begin to sound stretched. In the absence of a larger brand belief about ‘Tough Moms’, the ending is a bit of a let-down,” said Ghosh.

Brands spend years building brand philosophies and while there is no rule that you cannot pick a new route for your brand’s communication, the connecthas to be instant in that case.

When Surf Excel did their ‘Daag Acche Hai’ campaign for the first time, the thought and the brand blended in seamlessly. A detergent brand advocating for stains of a good kind was not just unique but made complete sense for the brand.

On the other spectrum is Heineken’s new campaign that revolves around open conversations. While the brand here is more subtly placed, Heineken has spent time building itself up as a brand that encourages open conversations. It is, for all intents and purposes, the brand’s belief and philosophy.

“Does the brand run a larger campaign on ‘Tough Moms’?” asks Ghosh. “In the absence of that, the ending of the film fails to cut ice.”

“I didn’t find the product connect with the film. I do understand that one is riding on the women empowerment cause, but I couldn’t connect with the brand and the product. Maybe they wanted to be very new age by not talking about the product much. I would like to know how much buzz it creates. Although, to measure the right buzz is difficult these days due to factors like paid views and all. If it is shared for months, then I can say people liked it,” said Bhatt.

Chintan Ruparel, Co-Founder and Chief Creative Officer, Terribly Tiny Tales, on the other hand feels that what is important is that the story is engaging, the insight powerful and the messaging consistent.

“A brand after all, isn't a product. It's a story to sell to people. And if that story is told well, everybody wins. If you put your logo at the end of a powerful film, all the values in that film automatically get transferred to your brand. And if you do it consistently on a medium that is also consumed by your core audience, the next time that audience walks into a supermarket, there's a good chance it'll have a rub off;at least in the long run.”

As Ruparel rightly pointed out, it is difficult to gauge the impact of such campaigns in the short run. If done well, a message-centric campaign can do wonders to build a brand’s goodwill and recall but it can also backfire just as easily.

It is a tightrope walk and not everyone gets to the end.

Tags: All Out
Advertisment
More from this section