Traditional media during 2017 grew by only 4%, the lowest in half a decade while Digital Media grew by 27.2%, taking the overall growth to 7.4% 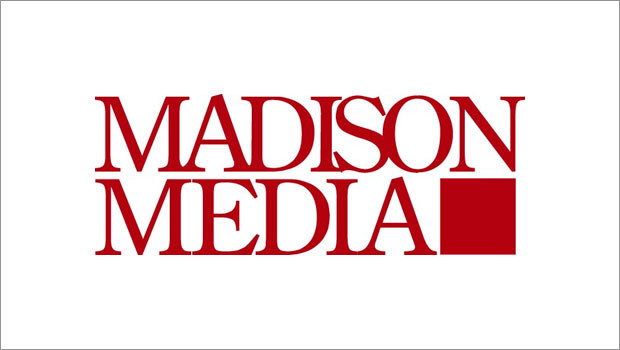 Growth in the Indian advertising market slowed down to 7.4% in 2017 owing to the after effects of demonization and GST roll out. Traditional media during 2017 grew by only 4%, the lowest in half a decade while Digital Media grew by 27.2%, taking the overall growth to 7.4%. In absolute terms, the Indian Ad market grew by Rs 3,658 crores to take the industry to Rs 53,138 crores in 2017.

Adex was slow to recover from the impact of demonetization and first quarter of 2017 saw a de-growth of 2% and a growth of mere 2% in second quarter. Just when we expected Adex to gather steam, GST was announced in July and the market saw a drop of close to 20% in traditional media over June 2017 and a drop of 5% as compared to July 2016. Mercifully, the festive period brought cheer to Adex and it grew from August to December by 13%. But because of the slow start in the first half and a drop in July the whole year’s Adex is estimated at Rs 53,138 crores, a growth of mere 7.4%.

With a growth rate of 7.4% the Indian market has lost its stellar position of being the fastest growing advertising market in the world and has conceded that position to Russia, going by WARC estimates of international markets.

Television continues to be largest contributor to Adex with 37% share, but grew by just 4.3%, closely followed by Print at 35% share but with even a lower growth of just 2.7%.

Digital that grew by 27.2% now contributes to a whopping 18% of Indian Adex. Digital gained 3% share points at the expense of Television and Print who lost 1% and 2% share points respectively.

Radio, Cinema and Outdoor have all grown at a much faster pace than Television and Print and maintained their share in 2017. But share of Digital continues to be more than combined share of Radio + OOH + Cinema and we don’t expect this trend to change in near future.

The categories that have contributed to growth in Print, Television and Radio (and accounted for 56% of growth of Rs 3,658 crore) have been FMCG followed by Telecom and Automobiles. FMCG continues to be the most dominant sector with a 32% share followed by Auto at 10% and Telecom at 8%. E-commerce that had taken the media market by storm three years ago contributed only 4% to Adex (compared to 10% in 2015). With implementation of Real Estate Regulation and Development Act (RERA), Real Estate and Home Improvement category as a whole has registered a de-growth of -3%.

Television Adex grew by a mere 4.3% and reached Rs 19,650 crores. This is the lowest growth television has witnessed in the last 5 years. The growth is so low, despite the addition of 100 new channels including cable channels, which in turn contributed to an increase in FCT supply of 11% in 2017. Like-to-like channels shows an increased FCT supply of 7% leading one to conclude that on an average television rates were suppressed, but Advertisers could not reap the benefit of this because of lower ratings.

HD emerged stronger during the year with the launch of 22 HD channels, now reaching 50 million homes split equally between Urban and Rural. Viewership of HD channels has also seen exponential growth and we estimate that HD is today Rs 2,000 crore advertising market contributing over 10% to the television Adex.

FMCG continues to rule the roost contributing 51% to the total Television spends followed by Telecom 12% and Auto 8%. It’s the same 3 categories that have mainly contributed to the growth of Rs 820 crores in Television Adex in 2017. E-Commerce maintained its contribution at 4%.

Hindi GECs including FTA contribute 28% of overall television Adex and Hindi is by far the largest contributor to television Adex. FTAs channels have seen robust growth in viewership during the year and account for 19% of the Hindi GEC plus FTA genre.

Print grew by a mere 2.7% during the year. This is the lowest growth we have seen in 9 years. But it continues to be 2nd highest contributor after television with a share of 35%. It is significant to note that for the last 3 years Print has been steadily losing share at a rate of 1% share point every year for last 3 years, but this year the decline accelerated and Print lost 2% share points. Dailies increased 3.4%, a bit higher than the total Print Adex, because Magazines as a medium failed to gain advertiser interest for the 3rd year in succession.

Though there has been exponential growth in Video consumption over the past year, Display, Native and Programmatic have also picked up rather well with Mobile becoming the primary choice to consume content. Newer display advertising elements, Mobile, Online Video and Programmatic are all helping attract more advertising investment into Digital.

Says Sam Balsara, Chairman, Madison World, “Demonetization and GST have caused headwinds resulting in a stunted Adex. But you can’t keep advertising or for that matter the Indian economy down for too long. So we are cautiously optimistic about 2018 and project a growth rate of 12% for 2018 with Digital again growing by 25%. To take advantage of the figures released by IRS which revealed  dramatic growth in Total Readership, Publishers will be well advised to offer incentives to Advertisers for repeating the same ad in the same publication 2-3  times a month.”