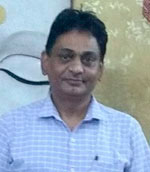 Tags: In-depth It’s season in the sun for the non-metro and rural markets
Advertisment
More from this section