The iconic confectionery brand received a lot of affection from Twitterati as it completed a century of existence. But the best congratulatory messages came from its biggest rival Parle. The vintage brand took 16 days to respond

As Britannia reached its 100-year milestone in India, the brand evoked a lot of nostalgia about its products and old advertisements from Twitterati.

The brand responded with a campaign, glorifying its consumers as ‘Britannia’s Secret Ingredient’. Cleverly comparing the core ingredients of every Britannia products with their consumers, the brand expressed its gratitude and unveiled a new logo.

After 16 days, waking up from its slumber, Britannia reverted with a special GIF, moulding a broken heart that represented the two rivals coming together, “Aww, Melody itni sweet kyun hai?

A gesture this sweet calls for a special tweet pic.twitter.com/PiLeUnXpcx 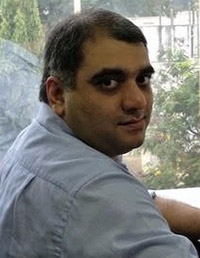 "It is fabulous to see vintage brands learn a trick or two in terms of social media banter and engagement from digital brands like Netflix and Zomato. But no matter how noble the intention, 16 days for a reply by Britannia is a bit much! Must have been caught up in the client approval process (sic)," media marketing expert Sorbojeet Chatterjee wrote in a Facebook post.

The very next day, Parle Products responded with another GIF, asking its rival to listen to its ‘Little Hearts’.

Enlarging its vision, the 100-year-old giant is aiming to go global and become a total foods company. Within 12 months, the brand aspires to convert this vision into a reality and launch 50 new products.

Britannia announced its centennial with a tweet to encompass its journey in India from ‘The Golden Puff’ to ‘Glucose D’. The caption read, “We’re delighted to leave you with this blast from the past while we look towards the next 100 years.”

And that’s a wrap from us at Britannia folks!
We’re delighted to leave you with this blast from the past while we look towards the next 100 years. #Britannia100pic.twitter.com/sNlJETnmk8