As part of the #LookUp campaign conceptualised by Ogilvy & Mather, the brand emphasises the importance of real conversations compared to the amount of time spent on the phone even when sitting with loved ones 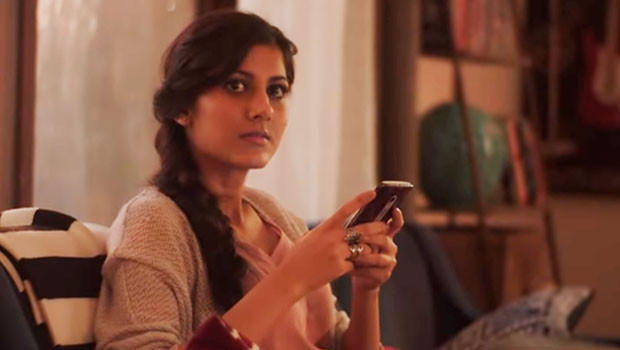 It’s hard to imagine life today without a phone. When we are sitting with our loved ones, we bother more about clicking more pictures than spending memorable moments with each other. Technology has brought the entire world to our fingertips and people across countries and cultures are becoming increasingly obsessed with social media and their phones. Ironically, for a mobile network brand to come out with a campaign that talks about keeping the phone aside and encourage people to have real face to face conversation is a bold step. Hirol Gandhi, EVP, Ogilvy India, said, “Relationships have moved from being warm and personal to being online and distant. While one can argue that the internet brings the world together, it is also making people grow more apart. As a brand which is a partner to one’s relationships, we wanted to take a relevant stand against Phubbing and ask the youth to indulge in real conversations with each other.”

In an effort to encourage real relationships, the brand has extended the #LookUp campaign to Friendship Day to celebrate real conversation with real friends. Based on the insight that the emergence of smartphone has led to us increasingly living in a virtual world, the #LookUp campaign aims at encouraging people to celebrate real conversations with loved ones. The campaign is conceptualised by the brand’s creative agency Ogilvy & Mather.

The #LookUp campaign was first initiated as a social experiment on Valentine’s Day at a Mumbai restaurant and created a concept called “Vodafone Phone Valet”. The phone valet let young couples check-in their phones at the beginning of their date night so they can spend the whole evening free of distractions and focus on the only thing that matters that evening – their Valentine date. The brand then captured their reactions at the end of the night and compiled it as a video to inspire others to #LookUp.

The ‘#LookUp for real conversations’ campaign:

After the overwhelming response of the Valentine’s Day social experiment, the proposition was extended this to Father’s Day and renowned musician Shankar Mahadevan and his son came together to voice their support.

Commenting on the campaign, Kiran Anthony, Executive Creative Director, Ogilvy Mumbai, said, “In our Friendship Day film, we chose to showcase the youth and their relationship with the internet and social media, and how they are today sub consciously choosing to ignore the connections that can be made offline while enhancing their connections online. It really is a representation of a lot of us.”

On the success of the campaign, Siddharth Banerjee, EVP, Marketing, Vodafone India, said, “The LookUp campaign has struck a chord among millions of Indians with over 50 million video views, 80,000 conversations, almost 2,60,000 people engaged and industry best video view completion rates, the #LookUp movement is only growing from strength to strength, and continues to inspire the youth and grow brand love for Vodafone.”

Being a mobile network brand, Vodafone is asking people not to use phone is something bold and not done by many brands. Talking about the logic behind this bold step, Banerjee said, “India being one of the fastest growing data markets, has witnessed a major shift in video viewing and online conversations habits. With more and more conversation happening online, sometime people are unknowingly distancing themselves from real people and real conversations. As a responsible brand, we took on the responsibility of gently reminding people that the virtual world cannot replace the real world. Hence, we take some relevant opportunities to evocatively remind people via our #LookUp stories to celebrate life with real people and real conversations.”

The campaign is being promoted on the digital platform. The film shows a girl busy on her phone throughout the party. Everyone calls out to her, but she chose to ignore. She only realised later on about how ignorant was she to her friends present at the party when she ‘looks up’ and sees that all have left except one friend who was herself on the phone. The film ends with both of them keeping their phones aside and talking to each other.