NBA is in tatters today, no need to join: Arnab Goswami

The Founder and Editor-in-Chief of Republic TV tells Best Media Info that he doesn’t even know if his channel is running on multiple frequencies. Interesting read… 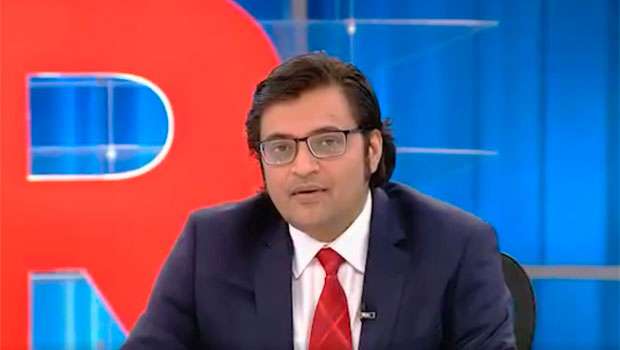 Frankly speaking, it is no fun talking with Arnab Goswami if you think you can put forth a few tough questions. He is more than humble off-air but make no mistake, you should not be on the other side. To be fair, I wanted a headline as a reporter and got that but I also wanted to complete my interview. There is no brainer in guessing that you can complete an interview only if you are able to complete a full tough question. Will Goswami let that ever happen is the point.

Amidst the controversies surrounding the usage of multiple frequencies, Goswami has decided to not join NBA in its current form.

Speaking to (not with) Best Media Info, Goswami expressed his intention towards establishing a parallel body like NBA that will represent the true interest of media owners and media professionals in this country. He also denied charges of running his Republic TV on multiple frequencies.

Did you expect better viewership considering how you tried to attract Hinglish/Hindi-speaking viewers to Republic?

We have always been Hinglish to that extent. But I am amused by the panic reaction of Times Now, which changed into a Hindi channel for an hour. Now, I should go to TRAI and BARC and say that they should not be placed in the English channel category. Look at the desperation and fear that they have gone Hindi in the mornings. The news story today is that the new entrant has defeated the Bennett Coleman Group.

Critics and naysayers say that this is just a flash and whether Arnab will be able to continue is a question. Would you be able to sustain this viewership?

Absolutely. 53 per cent is not a flash.

Won’t the advertisers take your success with a pinch of salt, especially after multiple frequency controversy?

Absolutely not. India Today and Times Now are experts in double frequency. We are a free-to-air (FTA) channel. Anybody can carry us anywhere. The concern should be when pay channels are on double frequency. So, the NBA should evaluate whether there’s a conflict of interest between the executives of NBA in their corporate roles and representatives of a body. If pay channels are on double frequency, you should ask questions. In any case, if they want to be cry-babies now, after the ratings, I don’t think a channel with seven per cent frequency like India Today, even with 100 frequencies, would have been able to match our viewership.

You have had a phenomenal viewership and possibly, you would still have been on top without multiple LCNs.

We are an FTA. I don’t know what multiple frequencies everyone is talking about. People can carry us anywhere. People at Havana or in the US, you can downlink our channel. I have no control over where my channel goes. If people like our channel and want to put us at 100 locations, we can’t help it.

If it was used as a sampling and marketing tool for the short term, won’t it be embarrassing if the numbers fall drastically?

Our viewership is 53 per cent, I think it’s a very wide lead.

NBA had sent a letter to BARC to not release your data because of multiple feeds. How do you react to that?

We are an FTA non-encrypted channel. As I said, we have no control over where we’re carried. I think it’s a desperate measure. Since there is a genuine conflict of interest between the office bearers of the NBA and their corporate roles, we must be careful. Because the head of the NBA is also the CEO of TV Today group and the vice-president of NBA is the CEO of the Times Network. They are the most affected by the ratings and hence this raises a very serious question about the conflict of interest in their positions.

It’s also surprising that they were taking all these actions before the ratings came out. What is more surprising is that they have not disclosed the fact that Times network and India Today have dual frequencies at multiple places. They have concealed their own dual frequencies and attacked us. I think it is unfair and it is a reflection of growing nervousness of some of these players, and we are not affected by this.

Did TRAI write to you after NBA’s complaint to them?

We have not got any independent communication from TRAI yet. But I think the TRAI should investigate the dual frequencies used by the India Today group presently and in the past. There have been complaints that when they re-launched their channel, they have dual frequencies. At that point in time, the NBA did not say that the ratings should not be released. Hence, I say that people are misusing their positions in NBA and thereby, NBA has lost its stature, respect.

I was quite sure that we would be on top. I don’t want to get into this; I would rather focus on my stories.

Would you want regulation to come in this area of distribution?

Dual frequencies have been used as a marketing tool. In my view, this is not the area of jurisdiction of the TRAI.

You reacted sharply about NBA’s complaint to TRAI and its attempt to postpone the viewership data but how do you defend their concerns? By saying they also did multiple frequencies in the past, do you mean two wrongs can make a right?

I am not responsible for what they do. You must check out from sources how many dual frequencies India Today and Aaj Tak are running right now and the number of double frequency that Times Now has at the moment. After this, complaining about someone else is ridiculous. That’s why the credibility of NBA is under doubt. There’s misuse of position.

Things will be fine one day and as we know Arnab does not do away with grudges easily, could we safely say you won’t be a part of NBA in its current form?

I don’t find any need to join NBA because the credibility of the NBA is severely compromised. The way in which the CEO of the India Today network and one or two CEOs of other competing channels misuse the association to push their own agendas, NBA is in tatters today. At this stage, therefore, there is no need to join NBA.

Aren’t you questioning an industry body?

NBA today is a toothless organisation that has become a cabal of a few companies using it to their benefit. Who does NBA represent today? It represents four to five companies that have been crying foul against all these issues. I don’t think this kind of organisation has any relevance today in India.

It is sad and disappointing for me because I was instrumental in setting up the NBA. I had gone to Mr Harish Salve and drafted the rules and regulation of the NBA. What it has become today is not why NBA had come together. It was built to create high standards for journalism.

Are you thinking about a parallel organisation?

I think there is a greater need for a Centre for Indian Journalism (CIJ) that will represent the true interest of media owners and media professionals in this country and I do intend to work in that direction.

Now that all your competitors are out from BARC saying let Republic TV enjoy 100% viewership, how do you view this development?

They are frustrated. I can’t explain why they are frustrated. Some of them have got seven per cent channel share. Generally, what I do know is their pressure tactics are not good. BARC has existed for some time. You can’t say BARC is good when your ratings are good and BARC is bad when the ratings are bad. That’s not the right thing to do.