Guest Times: Be original, not authentic

The focus of brand owners should be to create ‘original’ experiences which are imaginative interpretations of authenticity. That would help attract discerning customers who seek new expressions of what they deem to be real 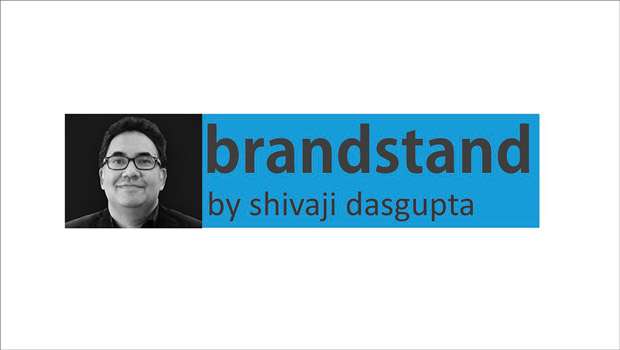 Consumers the world over are always on the lookout for ‘authentic’ experiences in terms of products and services. The problem with authenticity, however, is that by definition it is limited in both quantity as well as variety. It has little newness to offer in subsequent trials to a notoriously novelty-seeking generation of consumers.

Equally, every attempt to replicate leads mostly to inferior clones which manage to both confuse and dilute the core equity. Thus the focus of brand owners should be to create ‘original’ experiences which are imaginative interpretations of authenticity. That would help attract discerning customers who seek new expressions of what they deem to be real.

Every authentic experience across categories is usually built on four distinctive pillars. The first and most defining is uniqueness suggesting a monopoly in terms of origin and design. ‘Chikankari’ is perceived to be only from Lucknow just as Parma Ham must only be from that region in Italy. These would be difficult to replicate elsewhere and, more importantly, are best transacted when present in that location. They are quite often a function of certain critical physical ingredients or a set of craftsmanship skills that have been honed.

The second pillar is quality which is truly non-negotiable as a tool for sustainability. Quality is applicable equally for top-end Bohemian Crystal as much as the Kulcha in Amritsar as definers of usually unassailable benchmarks in the chosen arena. Whether it is a factory or a retail outlet, the ability to deliver this quality most consistently becomes a critical factor, often falling flat with a thud when replicated blindly by clones for a deliberate or clandestine version.

The third significant pillar is tradition or rather the relatively timeless presence of that craft or art. Its patronage by generations prior to ours conveys a sense of gravitas which is vital for our emotions. The Louis Vuitton suitcase was also purchased by the Maharajah of Porbandar just as the Fish and Chips on London Times newsprint was consumed by Winston Churchill while inspecting troops in Dover. Very rarely are new experiences considered to be authentic as historical presence is a significant source of integrity.

The fourth must be the environment of consumption as a vital ally towards establishing the pedigree of authenticity. Tunday Kebab tastes best when devoured standing in a dingy ally and not in the air-conditioned environment of a modern restaurant. Those who have consumed vodka shots in sub-zero St. Petersburg will recognise the difference in forty-plus Gurgaon in the month of May. Even the original Disneyland in Anaheim has a flavour that cannot be matched by its successful but inadequate clones in Asia and Europe.

As mentioned briefly earlier, the biggest problem with authenticity is the inability to be genuinely scalable. Due to a combination of the above factors the truth of the experience is best enjoyed in a fairly limited context. Equally for a very dynamic set of global experience-seekers, variety often becomes an issue of contention. However, good they may be there is an inherent element of sameness which is a strength turning into a weakness.

Welcome thus to the world of the ‘Original’ experience all set to surpass authenticity as the focus of new-age brand owners. Originality is an interpretation and not replication of authenticity infusing new-age imagination to compensate for the absence of time-honoured tradition. It does retain the pillar of quality as a definite criterion often to surpass the enviable levels of authentic experiences. Also at times, it tweaks the environment of consumption from specific geographical locations to an incubated environment which is designed to stimulate adequately. Where it adds significantly is in the criterion of uniqueness as often an individual creator with a brilliant perspective gives authenticity a new impetus. This can actually be borrowed from other influences of merit and not just the geographically permissible possibilities. It can be considered to be the beginning of a new tradition which will soon inspire other traditions.

Let me now share a few ‘Original’ experiences that may qualify as a happy benchmark for the innovator. For decades now Fab India has interpreted the authenticity of Indian-ness with its unique blend of imagination. It has added values of contemporary styling to kurtas, dresses, furniture, accessories and so much more. The Byloom store in Kolkata does a minute encore of a similar set of thinking. Japanese single malt whiskies are a fine example of how a tradition becomes the inspiration for an arguably superior and certainly eclectic repertoire. Indian Accent and certain peers have decided to form and share their own cultured opinion of Indian food unlike the many others remorselessly copying a usually hypothetical tradition. Sentosa Island is a Singaporean take on mass amusement and manages to be uniquely attractive vis-à-vis the Disney Parks.

In the digital world every successful brand is a special interpretation and not just a linear replication. That is why is there is only one YouTube, Google, Facebook, Twitter, Instagram and many an inspirational app. The world of fashion has systematically become less obsessed with Milan and Paris drawing heavily from the genius of individual designers anywhere in the world. They manage to interpret our perception of authenticity with a point of view that is most compelling.

Certain genres of Bollywood manage well to blend inspirations to create content that is one-of-a-kind yet inspired by a definite foundation. Music and culture actually are great inspirations of high-class originality not attempting to replicate authenticity. Ravishankar with Yehudi Menuhin, Amjad Ali Khan with many collaborators and even Rabindranath Tagore certainly are exceptional pioneers. There can certainly be many illustrious instances across every relevant category.

Instead of trying clone authentic experiences brand owners must tread the difficult path of creating original experiences, inspired by threads and values of authenticity but brought to life by a unique stroke of imagination. Not constrained by traditional boundaries of origin or ingredients though never at the expense of genuine character. The blending of influences aided by distinctive genius will also help build a borderless society as envisioned by the digital revolution. Connecting people and nations through boundless individualism and not restrictive collectivism will be the legacy of this culture of originality.