How much the manhandling incident dented IndiGo's brand image

The backlash of the incident was visible immediately after the video became public. #boycottIndiGo has been trending on social media for the last two days and the stock price of IndiGo's parent company also slid during the early hours of market trading on Wednesday

The dust from the Twitter storm created by badminton player P V Sindhuās tweet on the treatment meted out to her by IndiGoās ground staff had barely settled when the airline found itself in another quagmire.

When a video showing some IndiGo staff manhandling a passenger of the budget airline surfaced, it spread like wildfire, earning the airline flak from all quarters on social media platforms.

The situation went out of hand for the brand when news about the airline firing the whistle-blower (in this case, the person who made the video) came out. IndiGoās delayed response and the way in which the apology was rendered did not help, angering people who found the apology cocky and saw a reluctance on the brandās part to shoulder responsibility for what transpired.

Also read: What IndiGo should have written in its apology letter

The backlash of the incident was visible immediately after the video became public. #boycottIndiGo has been trending on social media for the last two days and the stock price of IndiGo's parent company also slid during the early hours of market trading on Wednesday.

We truly apologise to Mr. Rajiv Katiyal for this incident & assure him that the employee has been terminated. pic.twitter.com/9xZcSftgit

We condemn the actions of our staff & have taken stern action. We truly apologize for this. Such behavior is unacceptable - @AdityaGhosh6Epic.twitter.com/lGNT8An7rQ

Irate customers are not new to businesses and incidents that could possibly have a major impact on a brandās image and goodwill have been happening every now and then. So whatās different this time and how deep in troubled waters is IndiGo?

There is word is that IndiGo had prior knowledge of the video. They could have taken a cue from the United Airlines incident and taken some pre-emptive measures but they chose to sit on the information.

āIf a brand owns up to their mistake, people in India are fairly forgiving. This crisis would have never happened if the Director had come out with a statement proactively. They waited till the news broke, in fact they only reacted when this became a big issue on social media,ā pointed out Naresh Gupta, Managing Partner and CSO, Bang in the Middle. 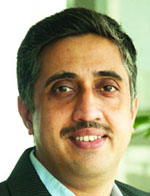 Authors of the book The Indestructible Brand: Crisis Management in the Age of Social Media, Hushidar Kharas and Venke Sharma, also feel that the brand wasnāt in touch with what was happening on the social media space and pointed out how it seemed like they had no response plan in place.

āA company that is as marketing and social savvy as IndiGo, with a finger on the consumers pulse, should not have been caught off-guard by an incident like this. Crises can happen anytime, to any organisation, but IndiGo doesn't seem to have had a response plan ready. Their social media listening didn't pick up the problems early enough, they didn't have a crisis squad in place with access to the CEO, and their customer support staff seems unprepared for the trolling that's happening right now. It's now in their best interests to resolve this crisis on priority, and then go back and audit their crisis response capabilities, and be better prepared for a situation like this in the future because it is going to happen again,ā said Kharas and Sharma.

Also, in the age of the internet, brands can no longer afford to cross their fingers and pray that the issue blows over.

āBrands tend to under-estimate the enormity of the crisis. If you look at some of the crisis that have happened recently, like the Kendall Jenner Pepsi ad or the Dove ad, what has happened is that a lot of people who are not actively involved with the brand are commenting on the issue and then the whole situation turns larger than life. The impact of social media on the crisis is amplifying and making it far larger than what it would have otherwise been,ā said Ramanujam Sridhar, Brand Expert and Founder, Brand-comm.

Both Gupta and Sridhar are of that opinion that immediacy is of utmost importance and so is humbleness when dealing with a crisis no matter how big or small. The statement IndiGo put out on Twitter from their President and Director Aditya Ghosh not only smacks of a reluctance to own up to their mistakes but also comes across as little arrogant.

āResponding quickly and empathetically is also important. Many companies are very reluctant to accept that they are in the wrong and that gives people who are not even directly affected by the crisis an opportunity to be righteously offended by it. Because social media now allows people to vicariously be a part of every crisis in the world and have an opinion about it,ā added Sridhar.

It is also important for an organisation to follow up on the issue and let their customers know that due process is being followed to punish the guilty and avert the possibility of any untoward incident happening in the future. 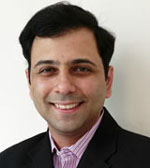 āIt's equally important to stay on top of the issue, follow the initial statement with regular, public updates, bring in an outside trainer to evaluate ground-staff training standards and identify underlying factors that could have led to the situation (over-work, stress, etc). It's important to reassure customers that you place their well-being ahead of lost revenue or profits. Finally, it's important to deliver closure- publish the results of the investigation and the long-term solution being implemented to ensure that it never happens again,ā said Kharas and Sharma.

It is also important to learn from mistakes, not just our own but from othersā too. This is where the crisis playbook comes into play. Just like a drill, it is important to run employees through the possible crisis situations they could run into and help them understand how best they can handle such a situation.

āPart of the crisis playbook creation process that we've outlined in our book The Indestructible Brand talks about scenario building. We advise brands to list everything that can go wrong, including issues that have happened in the past to competitors, or other players in the category. IndiGo should have learned from the United Airlines crisis, and reinforced the message to every employee that they were delivering moments of truth to customers every day, should never get into confrontations with customers, and should certainly never allow a situation to get physical,ā added Kharas and Sharma.

But like any good story, this one too comes with a twist. According to a letter written by Ghosh to the Minister of Civil Aviation, the person claiming to be the whistle-blower in the case was actually a senior employee with the airlines who was also responsible for inciting the entire incident. In the light of this information, Brand expert Sandip Tarkas feels that the brand responded the best way it could.

āI personally think the brand handled this situation as well as it could, considering the media was presenting a very coloured version of the story. They decided that the brand was at fault without studying the merits and demerits of the story. In such a situation, all you can do is wait and let the storm pass and then speak out when people are ready to listen,ā said Tarkas.

All said and done, it is unlikely that the crisis will have any direct impact on the business for IndiGo in the short run but eventually, overtime, people might get disillusioned by the brand.

āTake the example of Indian Airlines. They suffered long, carrying that perception of being inefficient. They might not have been as inefficient as the perception was but wherever people had a choice they walked away from the airlines. Which is probably what will happen with IndiGo. Wherever people have a choice, they will walk away,ā said Guota.

It is high time for pan masala brands to reinvent their ads, say experts