A former IAS officer, Chandra was with Eenadu Network for eight years and headed all its channels 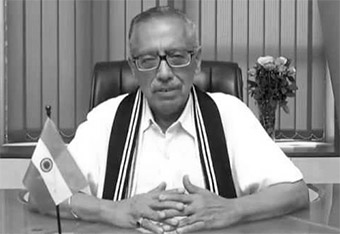 A former IAS officer, Chandra was with Eenadu Network for eight years and headed all its channels

After spending eight years at ETV network, Jagdish Chandra has joined Zee Media Corporation Limited (ZMCL) as the Chief Executive Officer for the regional channels. According to sources, Chandra officially joined the network on January 5.

An IAS officer, Chandra had quit his administrative job in the Gujarat government to join Eenadu Network on September 1, 2008 to handle its two channels ETV Madhya Pradesh and ETV Rajasthan as CEO. Later, he went on to head all the channels of ETV Network.

Chandra will be on board on a contractual basis, which is subject to renewal.

Rajiv Singh is the acting CEO for the national channels, including Zee News, Zee Business and WION. Both Singh and Chandra will report to the ZMCL board of directors.