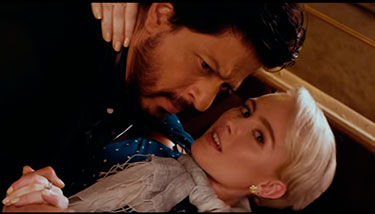 A digital ad film created by Ogilvy & Mather, Kolkata, for West Bengal Tourism traces the journey of a young woman who has come to attend a wedding and decides to explore Bengal. Through the course of her visit, she realises that in Bengal, she is never really far from home. Her wanderlust has led her into the sweetest part of India -- a place that welcomes guests with open arms.

The aim of the campaign is to promote tourism in the state. The ad film is visually appealing and takes viewers through the rich and cultural heritage of the state.

Sumanto Chattopadhyay, Executive Creative Director, South Asia, Ogilvy & Mather, said, “In Bengal, sweetness finds different manifestations. It is in the language we speak, the hospitality we extend to our guests and our cuisine. Thus, when we were entrusted with the responsibility of creating a communication for Bengal Tourism, we worked on a campaign that would identify Bengal as the sweetest part of India.”

Sujoy Roy, Managing Partner, Ogilvy & Mather, Kolkata, said, “The campaign stays away from the stereotypes associated with Bengal as a destination and introduces new places, rituals and experiences. This film also has an endearing human touch to it. It showcases the hospitality of Bengal, something that lends uniqueness to our state.”

The film was shot in 10-12 days. The shorter versions of the film are also available on YouTube, focussing on a particular theme. Talking about the tedious yet fun shoot process, Chattopadhyay said, “The shoot process was fun as we got to visit so many places. There was a lot of pre-production and post production work. We have shot footage at different times and at different places. Therefore, it involves a lot of pre-production work too.”

After looking at the success of the campaign on the social media front, West Bengal Tourism Ministry intends to take it forward on television. Chattopadhyay added, “The film has got an overwhelming response, especially from Bengalis.”

Sharing the idea about using a foreigner as a protagonist, Chattopadhyay, said, “We have used Rabindranath Tagore’s song ‘Bideshini’ in the ad film. In the song, the poet is mesmerised by the foreign lady. Therefore, to depict the song, a foreign lady is made the protagonist in the film. Since we are emphasising on the hospitality and warmth of the people, a foreign woman travelling on her own and yet at ease is welcomed everywhere and made to feel at home. That shows that anybody can go and visit.

The alluring music of a mystic’s Dotara takes the shape of an old Tagore song, as the story of a Bideshini (lady from a distant land) unfolds through the changing landscapes of Bengal. Her journey takes her through the city streets of old Calcutta. She strolls through the mysterious corridors of ancient terracotta structures, dances to the tunes of a Baul’s serenade, and befriends local artisans. While the diverse cuisine of Bengal manages to sate her appetite, the hospitality of her host makes her feel at home. Like a child enthralled by the tales of an old storyteller, the Bideshini looks on in wonder as the folklores of the land come to life and arrest her in a riot of colours. Even on the coldest day, the misty hills of Darjeeling embrace her in warmth. In the end, reality meets fantasy in an old Calcutta tram. At the close of her journey, she becomes one with the land. She is not a stranger anymore.

What is Shah Rukh Khan doing there?

In 2012, West Bengal Tourism appointed Shah Rukh Khan as the brand ambassador of the state. This film is a visual journey that takes us through different parts of Bengal, when suddenly towards the end, Khan enters the screen singing the Tagore song and makes a dance move with the protagonist of the film, to break the flow of the visual journey and the ad abruptly ends there. This leaves one to wonder that what Khan is doing in the ad.

Explaining the reason for putting Khan in the film, Chattopadhyay said, “To place Shah Rukh Khan in the ad was a requirement from the client’s end. Also, the fact that Shah Rukh is in the film, will get a lot of people to watch the film.”

Manoj Deb, Executive Creative Director, Bang In The Middle, is awe struck with the ad. He said, “I have been out of my Bengal for almost 19 years, but I am still routed there. I don’t think any Bengali can ever be out of Bengal emotionally. The above song says everything about how Bengalis think about Bengal. Now someone has done that on film, through a foreigner's eyes or mind. The ad is fantastic. When I saw the ad for the first time I just loved it, I was sold. Such beautiful cinematography, it almost gave the essence of the sweet soil. Culture, beautiful nature, traditions and architectures and heritages are showcased very well. Well-used music made the film watch it again and again. I know almost all tourism ads nowadays are through the eyes of foreigners. I see no problem with that at all. They are the ones exploring India more than any of us Indians. And SRK? No one can do anything about that. He is the brand ambassador much like Big B is for Gujarat. It doesn’t affect the film negatively; in fact, it adds a bit of quirkiness because SRK is very popular outside India in a big way.”

Deb further said, “My only critical observation is that some key places have been omitted. The Kanchenjunga, the Ganga, the tribe of Santhals among some other iconic symbols, which form the beautiful fabric of Bengal, should have included. Yes, it has shared quite a bit. The best part of this campaign is the strategic insight, the line, Discover the sweetest part of India. Well done guys!”

Saurabh Dasgupta, Former National Creative Director, Innocean Worldwide, said, “The sweetest part of India deserves the sweetest tourism film ever made. And this one does the job beautifully. Being a Bengali and being obviously exposed and familiar with the sights and sounds of Bengal I felt the way these symbols have been handled is nothing short of brilliance. Seeing them again through the eyes of a 'Bideshini' with Tagore's 'Chini go chini' as the back drop really does justice to the soul of Bengal. My acid test is simple for something like this. If it appeals to a Bengali, it works.”

The music brilliant! The film is very engaging till the point Shah Rukh steps in. But then, I understand the strategic compulsions.”