Decoding digital ads: How brands are constantly innovating to engage with demanding customers

Advertising on digital is tricky. While brands are braving it out by trying newer formats and innovations, it remains to be seen if consumers are really buying them. BestMediaInfo.com attempts to find out

The FICCI KPMG report 2017 says digital advertising touched a size of Rs 76.90 billion in 2016 and is expected to stand at about Rs 101 billion by the end of this year. As digital is booming and advertising is touching new heights, it is important to keep a check on who is watching which ad on which digital device and why. Which format works well and why? Who engages with which kind of ad on digital and are brands getting what they want, i.e. return on their investment, on digital?

Indian consumers generally donāt like consuming digital ads, which are considered to be an impediment in consuming content. That is practically true for all the media platforms and all types of content, be it video, text, infographics or tweets and posts. On digital, a pre-roll ad, banner ad, video pop-up ad or even a native ad could disturb the user while he is consuming content on a mobile/desktop/ laptop or a tablet.

BestMediaInfo.com discussed these questions with experts and tried to get insights on digital ad consumption patterns of the Indian consumer.

On the format of ad that works better on digital as far as audiences are concerned, Gurjot Shah Singh, Media Head, Dentsu Webchutney, thinks that till the time relevant ads are served to the right audience at the right time, the format does not matter.

Karan Anand, VP Strategy, Interactive Avenues said, āIt totally depends on the objective. If the objective is to drive transaction and sale, then a banner ad and text ad would work the best. However, if you want to drive awareness, then a video ad works the best.ā

While the format may not be of prime importance, the question is how much does the Indian consumer engage with a digital ad. Digital is the only medium that gives the opportunity of a two-way communication flow. Some members say that the engagement ratio is very low. Experts also point out that there is one click in a thousand impressions. 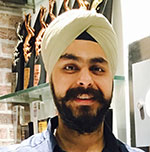 According to Singh, āOpening of a digital ad is measured by click through rate (CTR) and this varies from format to format. Large formats usually attract 1-2 per cent CTR as opposed to small formats, which generate anywhere between 0.5 and 1 per cent. If the media planning is done right for the target audiences, CTR shouldnāt go below stated benchmarks.ā

Dedeepya Reddy, Co-founder, Fruitbowl Digital, has a different opinion. Reddy said, āIf I were to give a ballpark figure then it would be 20 of 100 people engage with an ad. But again it is very platform specific, meaning, it will be different on Facebook versus on YouTube.ā

Going up the engagement meter and how?

In order to increase engagement, brands can use artificial intelligence (AI), augmented reality (AR) or virtual reality (VR). But the challenge is ā are consumers really aware about such forms? For brands, it is easy to make an app and engage with consumers for the first few times. But eventually, they donāt really benefit out of it. 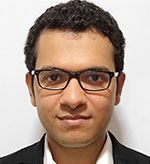 From an engagement perspective, Anand thinks that AI, AR and VR definitely offer a rich experience of whatever one wants to communicate to the consumer. āHowever, the biggest challenge is how many people do it. Not many consumers are aware of this and are willing to try out all of this.ā

Why do brands continue to invest on digital platform? Are brands really benefitting?

Rajiv Dingra, Founder and CEO, WATConsult, posed a counter question -- how many people actually notice an ad on television? He explained, āTV as a medium has a reach of 500 million eyeballs. Of this, how many people actually see your ad? The number would usually be in single digit percentages. The same way, in digital, we have impressions and clicks. Advertising is done through a broad-based audience and we have clicks that come out of it for audiences interested in the ads. There are also multi-format banners that allow users to engage with the banner content, rather than click it.ā

Singh seconds this by adding, āDigital advertising is beneficial for any and every brand reaching out to focused audiences, for targeting Indian audiences who have spending power (18-35, NCCS AB, all India). Digital is the most cost effective medium. In terms of reach, Facebook alone can reach out to over 200 million people in a day in India, which is unmatched to any other medium in the offline space. 72 per cent of the incremental ad dollar spent is going on digital ads, which serves the proof the pudding.ā

One must be thinking as to how expensive it is to advertise on the digital platform considering that the engagement ratio is low. It is not engagement alone that brands look at. They look at reach, shares, comments and a few more aspects. Experts say buying of a digital ad spot is done programmatically and the rates keep fluctuating.

He added, āFor instance, in case of CPC, an entertainment content click would be as low as Rs 2. Similarly a high transacting piece of content like travel could be upwards Rs 30-35. It totally depends on the category and which set of audience is the brand chasing.ā

Though the masthead of YouTube is not easily available, it can be as expensive as Rs 46 lakh a day. It has to be blocked at least six months in advance, which shows how digital advertising is selling like hot cakes. So the cost on the digital platform can vary from as low as Rs 2 to lakhs of rupees, depending on the brandās objective.

In last 10 days, ad fraud was the hot topic. There were questions on the authenticity of views on the digital platform -- be it for content or for ads. In Singhās opinion, āAuthenticity of views can be ensured by putting proper checks and measure while serving the ad. At Amnet (DANās bespoke programmatic trading deck) we deploy integrated ad science (IASā) pre-bid technology as standard on each campaign to score authenticity of every impression before a bid is made.ā

Sharing a practical view, Dingra said, āThere is no doubt that there are genuine users on this platform. Facebook and YouTube today command about millions views daily. Though on the metrics front, what constitutes as a view has been under controversy as Facebookās definition is different from YouTube. But there is no denying that Facebook has almost 200 million people logging in regularly in India. There is a growing audience for online video content and it's only going to grow in the next few years. What one needs to understand is that rather than blaming the platform, one needs to deep dive into the content and see what they have put so that the platform is not just leveraged for its reach but also its sharing functions. The viewability of digital video ads is not as bad as some of these articles make it out to be.ā

Which screen hits the jackpot?

As much as 65 per cent of the digital ad consumption happens on the mobile device, the rest on desktops, laptops and tablets. More than ad type, it is the platform consumption which varies for different genders and age groups. Males from 25-44 heavily consume news, business and finance content and hence can be exposed to display banners ads. While females of the similar age group can be targeted on lifestyle, health and online shopping sites, younger audiences between the age group of 18 to 25 are active on social media platforms hence respond better to content and audio visual ads.

Digitalās salience has grown but reach of traditional media is double: Sapna Arora of OLX

McDonaldās consolidates its media AOR including digital with Madison Media