Lim is the Co-Founder and Creative Director of Kinetic Singapore, K+, Holycrap.sg and Rubbish Famzine and is one of Singapore’s most celebrated designers 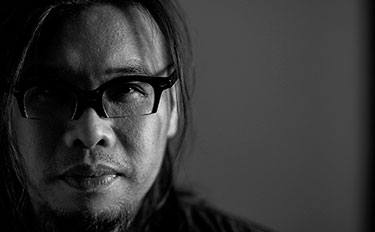 Lim is the Co-Founder and Creative Director of Kinetic Singapore, K+, Holycrap.sg and Rubbish Famzine and is one of Singapore’s most celebrated designers

One of Singapore’s most celebrated designers, Pann Lim, will soon join Adfest 2017’s panel of Jury Presidents, overseeing the Design Lotus and Print Craft Lotus categories. Adfest 2017 will take place at the Royal Cliff Hotels Group in Pattaya, Thailand, from March 22-25, 2017. Lim is the Co-Founder and Creative Director of Kinetic Singapore, K+, Holycrap.sg and Rubbish Famzine.

“As a self-confessed design addict, it’s an honour to be overseeing these categories. Designers and art directors in Asia are well known for creating campaigns that are beautifully executed. But even more important than aesthetics is the fact that the region’s best work marries execution with ideas. I can’t wait to see who has been creating the best work over the past 12 months,” said Lim.

Jimmy Lam, President, Adfest, said, “Pann is constantly embarking on new projects in order to share his designs with the world, so we’re happy he can take time away from his busy schedule to join our jury at Adfest.”

Lim strongly believes that ‘creating work without an idea is a sin’ – a belief that has earned him over 450 industry awards locally and abroad, including Singapore’s highest design accolade, the President’s Design Award in 2013 and 2015, Gold Pencils at the New York One Show, Cannes Lions and a Yellow Pencil at the 2016 D&AD.

Lim is a founding member of The Design Society and a frequent guest at Singapore’s design schools. He was also an adjunct lecturer at Temasek Polytechnic from 2012 to 2013.