Are jingles dying as an art or has the concept of jingles evolved? The debate is on. Best Media Info digs deeper into the discussion while sketching the importance of jingles in advertising and brand communication 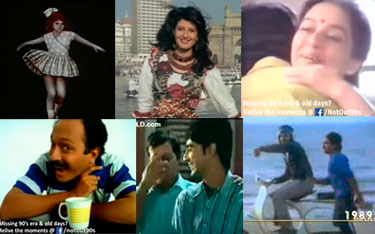 Are jingles dying as an art or has the concept of jingles evolved? The debate is on. Best Media Info digs deeper into the discussion while sketching the importance of jingles in advertising and brand communication

There was quite a bit of uproar after the Supreme Court of India made it mandatory for all movie halls to play the national anthem before the screening of a film. Many welcomed the move and many not so much. Stand-up comedian Aditi Mittal reacted to the controversy with a tweet that raised the hackles of a lot of people but resonated with many others.

I always thought "Vicco Turmeric, nahi cosmetic" was our national anthem which is why it played before every movie.

Movie goers can connect with the above tweet. Vicco turmeric and its ayurvedic properties are etched in our minds in such a way that many of us may not remember our best friend’s birthday but we can certainly tell what ailments the ayurvedic cream can cure.

Music, songs, jingles have the notorious habit of making their way into your mind and making a home there.

“The purpose of the good ol’ day jingles was to create a memory hook for the brand. Jingles worked because brands could saturate the media with these. You see, I will have a jingle humming in my head only if I watch it some 130 times and it was possible in those days because media was undifferentiated and uncluttered and the TRP was very high. So, jingle essentially is a simple memory hook to remember the brand and its simplistic promise. A jingle was a strategy by itself for the brands of the yore,” said, Jagdish Acharya, Founder and Creative Head, Cut The Crap.

According to Abhijit Avasthi, Founder, Sideways Consulting, jingles hold a special place in the hearts of consumers because a lot of people grew up with them and back then advertisements were also entertainment.

“Most of us will remember jingles from when we were growing up. At that time not much advertising happened and advertising equalled entertainment. Therefore a lot of us enjoyed advertising,” said Avasthi.

But not many jingles from the recent past have been able to achieve what a “Washing powder Nirma” or a “Hamara Bajaj” were able to do.

Acharya firmly believes that jingles as we used to know them are dead now.

"Jingles as we used to know them do not exist today. The real jingle days of the 80s saw TRPs that were as high as 80-90 and in the next decade it came down by half. Since then, every decade it has been reducing by half and now it is probably 5-10 per cent. Therefore, today you cannot have the jingles repeated as many times as you could back then and this is reason number one for the death of jingles. The reason number two is that simple, undifferentiated products that used to be advertised through jingles are a thing of the past now. Today, much more needs to be said about a product and it becomes difficult to do that with a medium like jingles.”

“Considering the fact that music is pouring out of every avenue today, the media not giving you the chance to play your jingle as many times as they used to and the fact that there aren’t any products that can be competitively advertised through a jingle, jingles are dead now. What remains is a spin-off of jingles like a chant or a prose that is sung. So, the full-fledged jingle that used to carry a brand obviously finds itself out of place today,” added Acharya.

Avasthi on the other hand believes that the definition of jingles has changed.

“Earlier people would say that only when you put the name of the brand in a jingle and sell it again and again as a way of getting people to remember its name, that was the typical definition of a jingle. But in the last so many years, we have seen some great sound tracks for ad films and I think that in a way they are also jingles. They might not be in the traditional form of what an advertising jingle is supposed to be but do they add magic and do people remember them? Yes, definitely they do, there is no doubt about it. So, I think jingles are definitely around but increasingly they are moving towards almost becoming like a background score or track to the advertising film rather than being something that is used to embed the brand name in people’s minds.”

Corroborating Avasthi’s views, Pranav Harihar Sharma, ECD (North – West), Rediffusion Y&R, said, “Earlier even in 30 seconds we had a format in which there was more storytelling and less hard sell. At that point of time Indian advertising saw the golden era of jingles like-- Hamaara bajaj, Kuchh khaas hai zindagi mein, Washing powder Nirma and Gold Spot the zing thing. But then came an era where every ad tried to tell how great the product is! We saw 30-second spots trying too hard to sell a product without touching a chord with the consumer. Now the YouTube generation has arrived. The 30-second spot has taken the form of a long-duration digital film. Jingles have returned in the form of a song. So when there is no time restriction, the writer and music director start flying freely, giving rise to song-based advertising. Hence today jingle is a three-minute song.”

“I don’t think jingles are a dying breed, but there are times when they are on top of the mind and there are times when they recede into the background. The bigger debate is what is a jingle and what is a musical form of narrative. We can have a film with some characters that ends in a jingle about the brand. We can also have an ad where there are no words but only a song like Airtel. I would call all these to be musical films and so jingle based.”

Santosh Padhi, Co-founder and Chief Creative Officer, Taproot Dentsu India, holds fast to the thought that advertising is a reflection of society and the reason one for not seeing many jingles is because consumers today are asking for much more. Taproot is also the agency behind Airtel’s “Har ek friend zaroori hota hai” campaign.

“We always try to put what the consumers want in an interesting and engaging manner. So, today the consumers are saying that don’t shove in the brand name, tell me an interesting story and I will remember you. That wonderful story can be anything, a joke, music, basically anything that leaves the consumer feeling wonderful. Slowly, brands and marketers are also realising this and they are giving consumers things that they will be remembered for. Yes, initially there was a lot of hungry branding but right now that is definitely not a thing.”

But Acharya isn’t quite convinced that one can say that the musical films of today can also be called an extension of evolution of jingles.

“Jingle as it was understood was simplistic and hummable. It was a genre in itself. You can’t compare rock with soul music although both are genres of music. Similarly, the corporate songs being played or the evocative numbers being played on our TV commercials are not the same as jingles. For example, you can’t say that silent movies have redefined themselves and become movies with audio.”

So, what should a jingle essentially have?

“Great music and catchy lyrics. While the writer has a tough task of balancing between art (craft) and commercial (communication objective), the music director has a tougher task to put all those words (some of which can’t be changed or dropped because of the advertising mandate) in a meter. All the great jingles have achieved these two things beautifully and that’s what makes them time-tested. ‘Jab mein chhota ladka tha, badi shararat karta tha’ from Bajaj bulbs and ‘Vicco turmeric nahi cosmetic’ from Vicco are great examples here,” said Sharma.

What everybody agrees on, though, is that the jingle or music is a very effective marketing and advertising tool.

“Jingles are effective in the Indian consumer landscape purely because we are an audio-led culture. Our history and religious texts have been passed on verbally through song. This explains why our movies are musicals,” explained, Cajetan Vaz, Brand Consultant.

Padhi believes that everything is a property in today’s competitive world, right from a social media post to a full-fledged ad campaign.

“Nothing should be taken for granted. Whether it is a print, TV, radio, outdoor, digital activation, it has the power to get into social media and because of social media nothing can be taken for granted. Once you have the content right, I think any medium is a good medium for any brand. Everything is welcome today and the only challenge is how to milk it. Historically, we are an audio-led nation because of our legacy and our heritage of association with music and therefore it is a very effective medium. We have grown with music so we feel very comfortable and connect very soon with music and over the last 100 years I think we have got a solid grip on this medium.”

Well, evolved or dead, jingles will always have special place in the hearts of the Indian consumer.