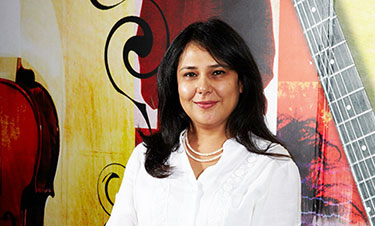 Retro music is something that has always been in demand, be it for Hindi or for regional languages. It seems that radio broadcasters are now realising this profound love for retro music. Big FM was one of the first players to introduce a 24-hour retro station. The retro format was followed by Radio Nasha 91.9 FM earlier this year and recently by Redtro FM 106.4.

But one has not seen a retro web radio station yet. While mainstream players have gone retro, PlanetRadioCity.com (PRC), the digital arm of Radio City, recently launched seven new web radio stations dedicated to retro music. BestMediaInfo.com caught up with Rachna Kanwar, COO, Digital Media, Jagran Prakashan, to know about the initiative and much more.

Old film music is something that people of all generations are listening to, be it the youth of today or the generation that grew up with these melodies. Icons such as Kishore Kumar, Lata Mangeshkar and RD Burman are not new to this generation.

The new web radio stations will be under the bouquet Radio City Gold. It will give this generation a chance to listen to the melodies of the golden era. While the web radio station has a few languages that offer retro music, Kanwar says their next aim is the Marathi and Gujarati audience. They might tap other regions as well.

With music licences from HMV Saregama, PRC has exclusive online content. Kanwar says Gaana, Saavn and other music streaming apps are not competition to PRC. “Their proposition is different. They are essentially music streaming websites while we because of our mother brand are focusing on web radio. And I think nobody even comes close to us when you look at that space. So we feel quite secure there.”

Speaking about the digital initiatives from PRC, Kanwar said PlanetRadioCity is planning to launch its app in the coming months. “The biggest hindrance is that we can’t put all our content on the app because of the kind of music licences required. The costs are so inhibitive that one cannot put all of that content on both platforms; web and mobile. If you are taking licences which are combined, then it is different.”

Kanwar said, “Globally, web radio is very huge. It is a mature market compared to India. A lot of big players like BBC put their content online. The app market too is mature along with advertising,which is ahead of us.”

The technology that has been adapted globally, even for in-car listening, has played a very important role. In India it has just arrived and Kanwar thinks they are in the right direction.

Kanwar said radio and internet are two mediums that engage audience. No other medium has such an interaction with its audience. This is what makes both mediums interact with each other, forming the strength for radio to grow in the digital space.

Both PRC and Radio City have an active presence on social media to engage with the audience, interacting with listeners via RJs and their social media pages. Apart from that, Radio City’s on-ground initiatives have also been talked about on PRC’s social media, engaging with consumers not only in India, but also globally.

Throwing light on measuring web radio, Kanwar said internet is a transparent tool and new tools used specifically for web radio are not present. PRC is looking for such tools internationally to understand the audience.

Kanwar is positive that with audio ad networks entering India, the industry is likely to get a better boost.