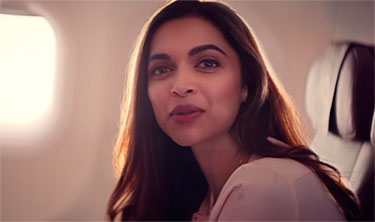 Mullen Lintas bagged the communication mandate for Vistara following a multi-agency pitch. The agency was hired for its understanding of the brand’s aspiration, sharp articulation of the Vistara’s positioning combined with a fresh and buoyant creative idea.

Kishore Mardikar, VP Marketing, Tata SIA Airlines Ltd, said, “We’ve managed to make a significant impact with discerning airline passengers since we launched operations more than a year ago. The aim now is to push the envelope and establish benchmarks that would make us not only the best airline in India, but also among the best in the world, and to effectively communicate who we are and what we stand for to the world. With able support from our creative partner Mullen Lintas, we are confident of scaling and communicating the stated objective in a manner that will be visible to and appreciated by all.”

On being chosen to handle the brand communication mandate for the airline, Amer Jaleel, Chairman and CCO — Mullen Lintas, said, “Our run with new business in 2016 is encouraging with the Vistara win. What makes it sweeter is that we won it in an intense contest against a dozen agencies. Adding another Tata Group company to our portfolio is a special feeling, and made even more special with the storied history of their partner Singapore Airlines. Vistara’s product offering is like a breath of fresh air. Our work resonated with the brand’s vision of making people look forward to flying once again.”

Highlighting the uniqueness that a brand like Vistara brings along, Virat Tandon, CEO – Mullen Lintas said, “Creating identity for a brand such as Vistara is an once-in-a-lifetime opportunity. Every flyer can vouch that Vistara has brought back the joy in air travel. The strength of Vistara is its unique value proposition and its parentage that makes it a world-class airline. Our job is to create its brand identity around Vistara's philosophy of seamless service, innovation and personalisation and to communicate to the masses that it is an airline brand that will be sought after by the discerning flier."

The inaugural campaign starts with Deepika Padukone making her way to the airline. The TVC beautifully intersperses shots of Padukone and the inner child in her enjoying the flight. The TVC takes the viewers through the services provided by Vistara and the experience of flying by the carrier by juxtaposing the scenes with Padukone and the child actor. The TVC ends with the message ‘Flying, it just feels new again with Vistara’.

Speaking about the campaign, Mardikar said, “With many players that have taken to the skies in recent years, the aim was to clearly highlight the uniqueness that customers can experience by flying Vistara. And who better to communicate that thought than Padukone, a role model who exemplifies the aspirations of the new generation of today. We are excited with the way the communication has panned out and look forward to a positive response from our customers.”

“For an airline brand that has a superior offering the temptation is always to put the rational features upfront. We resisted that and took on the more elevated ask of capturing the feeling. The simple emotionalising we have pitched for Vistara is a bigger asset for the brand to own,” said Jaleel.

The TVC will be backed with rapid bursts on digital platforms like Facebook and YouTube. Vistara had also unveiled a short 15-second teaser film on its Facebook page that invited customers to guess which celebrity feels like a child by flying in their airline as a precursor to the launch of the campaign.