This is an additional responsibility to his role of President, Revenue & Business Development at Network18 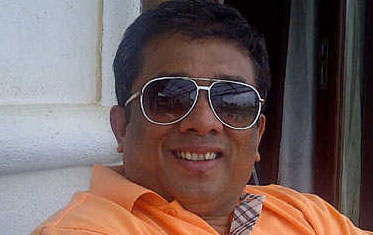 This is an additional responsibility to his role of President, Revenue & Business Development at Network18

Joy Chakraborthy has been given additional responsibility as CEO of Forbes India at Network18. He joined Network18 as President for Revenue & Business Development in May 2016 and will now be overseeing Forbes India as well.

Chakraborthy comes with over twenty years of experience in the media industry and has worked across top companies such as the Times Group, where he was Director-Response handling the biggest revenue portfolio. Prior to that, he was with Zee group as Executive Director in charge of revenues, channel placement and the entire niche channel business portfolio.

He also served as CEO of TV Today Network soon after his Zee stint. He had spent his early years as Executive VP at Star India for six years heading advertising sales of all the channels.

Chakraborthy is a graduate from the National Defence Academy with a Master's degree in marketing management from NMIMS. He has also completed Advanced Management Programme from the Harvard Business School.