The company has terminated the distribution arrangement with Taj Television. The World is One News (WION) news channel will now be distributed by Zee Media sister concern, ZEEL 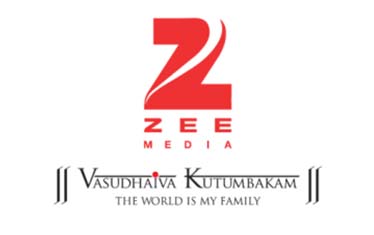 The company has terminated the distribution arrangement with Taj Television. The World is One News (WION) news channel will now be distributed by Zee Media sister concern, ZEEL

Zee Media Corporation Limited (ZMCL) has finalised business plans for its English news channel World is One News (WION). The proceedings of the company’s board meeting on April 29, intimated to the Bombay Stock Exchange (BSE), suggest that the channel would be operational by August 2016.

Zee Media Corporation’s intimation to the BSE indicate that it has also terminated the three-year distribution arrangement with Taj Television (India) Pvt. Ltd, which was to end on March 31, 2017. The board has given an in-principal approval for a new distribution arrangement with Zee Entertainment Enterprises Limited (ZEEL), a sister company of ZMCL.

ZMCL will share seven per cent of the revenues generated from subscription of the television channels of the company. It was learnt that in the arrangement with Taj Television, the latter was entitled to almost 14 per cent share of the subscription revenue.

ZMCL has also approved the nomination of the Chief Executive Officer (CEO) R. K. Arora, as a key managerial personnel of the company with effect from April 29, 2016. Arora has more than 24 years of experience in the industry and had earlier been associated with networks like BAG Network, iTV Network and India TV. He had joined ZMCL as the Chief Operating Officer in May 2015 and was later elevated to CEO.

ZMCL had earlier announced that Rohit Gandhi would be the editor in chief of the new channel WION.