Internet radio in India: is it a viable medium?

While existing web players rue high royalty costs and an apparently failing revenue model, some broadcasters see the internet radio as the medium of the future 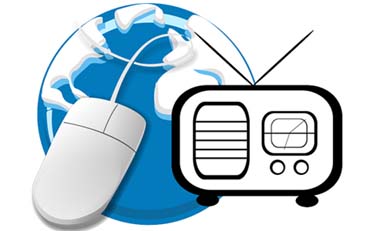 Internet radio in India: is it a viable medium?

While existing web players rue high royalty costs and an apparently failing revenue model, some broadcasters see the internet radio as the medium of the future

Internet radio, globally known as web radio, is a medium that radio broadcasters would like to jump into. In India though, the slow growth of the terrestrial form of the radio, has proved to be a deterrent to the growth of the web form.

Existing internet radio players like planetradiocity.com, radiowhiskey.com, seem to have trouble monetizing their web radio platforms. Were they then, hasty first movers, who jumped into a business, crippled by an unviable revenue model?

Vineet Singh Hukmani, MD and CEO, Radio One, does consider the internet radio a dead end business. At present internet radio only amounts to music streaming and since music royalties are exorbitant in India, Hukmani is of the opinion that the business did not have much of a revenue model. Radio had apparently, shut down, he opined and the Saavns and Gaanas were only burning cash.

Even spotify worldwide, Hukmani pointed out, was struggling to keep afloat. Planet Radiocity apparently has huge rising costs in the way of both manpower and royalties and the platform’s rate of return on investment is believed to be miniscule. YouTube Radio, however, is able to provide listeners with all the music content they want - absolutely free.

Madhukar Pandey, Co-founder, Radio Whiskey, concurs that running internet radio was a little difficult in India. Citing his own example, he said, “When we started we had a lot of beta testing, that’s when the hits are not too much. At the end of the day it is an expense, you’ve to buy software, have good bandwidth and all such aspects. You have to set up a whole studio which may not be as expensive as a normal radio station, but it is an expense.”

Some do seem optimistic about the future of the internet radio, however. According to Rajeev Sharma, Digital transformation and growth consultant, internet radio is still growing but it needs good infrastructure.

Nisha Narayanan, COO, Red FM, seems to be banking on internet radio. She sees internet radio emerging into a potent tool for the next level of growth of the terrestrial radio. “With proliferation of bandwidth, terrestrial FM radio will transcendent from a local medium catering for a particular geographic limit, to across the world. Local communities that are limited to an area will enhance their reach and we will see cultural communities galvanize from across the world, to consume local regional programming of their choice,” Narayanan said.

Can the web radio be monetized?

Pandey concurs that the royalty cost was too high. For Radio Whiskey, though, monetizing the venture was a different ball game. The web radio tries to raise revenue through live events, to make up for the failing advertisement-driven model.

Both Narayanan of Red FM and consultant Rajeev Sharma prefer to bet on advertisers. However, Sharma feels that internet radio was among the bigger advertising opportunities as the medium shifts to digital.

“Radio will always remain a free medium for consumers, however, with technology and brand pull, the reach will increase,” said Nisha Narayanan. “The best part of internet radio is the data trail of listeners. This will empower advertisers in better targeting. Programmatic advertising will kick in and this will help us in monetizing. Like Red is betting big on podcast content and there are audio-only OTT platforms that we intend to embark on soon.”