The Quint completes a year 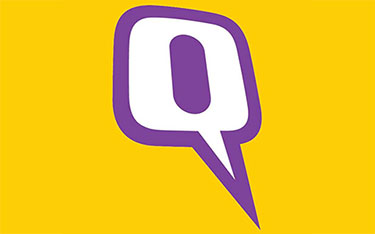 The Quint completes a year

The Quint, a digital content platform, recently celebrated its first anniversary. In this one year, the platform has looked at storytelling through a smooth blend of video, audio, graphics and text, offering a modern, sharp take on the world.

Founded by Raghav Bahl and Ritu Kapur, The Quint is a platform for mobile consumption – quickly, visually and socially. Recently, The Quint also launched Quint Hindi which is at the helm of news coverage catering to its Hindi speaking target group.

The Quint has got good traction from the mobile-savvy, young audience that now relies on the platform to guide them through topics ranging from politics and entertainment, to sports, business, food, issues about women and LGBTQ and everything else that matters.

The Quint has championed several campaigns in its first year on its platform that have helped it clinch its popularity with Indian content consumers. The ‘buri ladki’ poster gave it its first taste of going viral while attempting to break gender stereotypes in India. The Bihar elections were covered armed with a selfie stick and a smartphone, a truly unique first for The Quint, making it the first digital platform to do so.

More recently, the Jat reservation riots in Haryana spurred national chess champion Anuradha Beniwal to post a plea on The Quint. The heartfelt video message – to stop violence – went viral. #Kanhaiya and the JNU sedition row went above and beyond simple news reportage. Direct access to leaders of the movement and the opposition led to ground breaking insights for the platform’s consumers. In the unceasing quest for truth, the Sheena Bora murder case was unearthed and analysed with a different perspective. The Quint’s documentary on the training grounds of fringe Hindu groups in Western Uttar Pradesh also brought to light a major story from the real India.

“In this exciting one year, we have experimented with content, formats, technology and different ways of engaging our readers meaningfully. Throughout this ride, we’ve broken news (and parameters) as well as our own expectations, but most importantly, we’ve broken the perception that only print or television can rule information,” Ritu Kapur, CEO, The Quint.

Besides hard news, The Quint also paved its way into the hearts of its consumers by doing campaigns that are fun, fearless and feisty. One of its earliest campaigns #MakeOutInIndia encouraged Indians to talk about sex, break perceptions and clean out the cobwebs of hypocrisy.

This Republic Day it started the #LetterToIndia campaign where everyone was invited to throw bouquets and brickbats in their own way. Everyone from Bollywood stars, politicians, social influencers, prominent voices from the film industry, theatre, educational institutions, LGBTQ rights activists, provided colour and dimension to a campaign that eventually took on a life of its own on social. The platform even got onto the #SayYesToWeed bandwagon, because it believes in questioning status quo and busting myths.