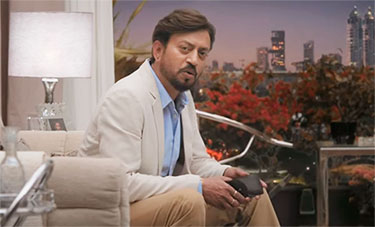 IndiaMART, the front-runner of the cause of entrepreneurial fervour in the country, is now set to seal its position as the enabler of business growth with its new brand campaign – ‘India ki Khoj’. The campaign featuring Irrfan Khan will establish IndiaMART’s value proposition of a business facilitator of India by being the platform that powers the ‘Khoj’ (search) for growth, success, ambitions and legacy.

The campaign, which was released yesterday, has been crafted by Bang in the Middle and was shot in Mumbai. The campaign consists of a TVC, press and radio promotion, and will have an extensive spread across the digital medium.

“It feels great to be associated with this brand and its campaigns that have been inspirational to millions of entrepreneurs as well as the buyers in fulfilling their needs, be it business or personal. Through this campaign, I am sure that it will generate a strong impact and encourage enterprising people across the country to come forward and put their ideas into action,” said Irrfan Khan, India’s critically and globally acclaimed cine star.

IndiaMART has built itself as the definitive market place for millions of Indians who come searching for other businesses to do business with. It is India's largest online marketplace, connecting buyers with suppliers. The campaign moves a step ahead by connecting entrepreneurs to their role models, who they idolize. The idea is aptly voiced by Irrfan Khan, capturing budding entrepreneurs and their dreams in a short story.

Sumit Bedi, Vice-President, IndiaMART, said, “India’s economic prosperity is fuelled by millions of small and medium-sized entrepreneurs. We give them the platform to grow and act as an enabler that they can trust. Through this campaign we will be celebrating the spirit of enterprises found across the length and breadth of India. Thus, we have summed it up as ‘Khoj’, for everything that they are looking for in life. We don't just connect markets with opportunity; we connect individuals with their ambitions.”

Prathap Suthan, CCO and Managing Partner, Bang in the Middle, said, “Every entrepreneur and every businessman starts his or her journey to follow a dream. The innate search and thirst to achieve a target, reach a landmark, and build an enterprise worthy of the dream in their minds. Our country is full of legends of people who have started small and made global successes, and those stories and surnames are driving forces for a country that's now woken up. They are inspiration to those searching for their own footprints to leave behind. This campaign is a tribute to that entrepreneurial spirit, as much as the earthiness of Irrfan adds realness to the grit of these people”

The campaign kick-started with a tweet by Irrfan Khan and will also be amplified through his other digital platforms.

Creative Agency: Bang in the Middle