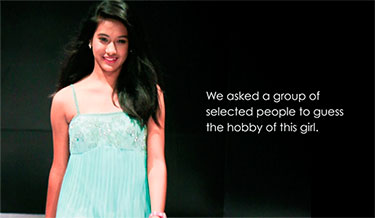 Contract Advertising’s new film #AmPrettyTough for Dabur Gulabari, is yet another effort at defining the Indian woman, among many similar attempts in the advertising industry. Only this time, the commercial has acquired the tag “successful” on the impact scale. Industry peers have given full marks to the beautiful picturisation, analysis of a social experiment, and the subtleness of the brand placement.

The film tries to portray how girls grow up with biases and stereotypical judgements based on their looks and asks, “Why should tough girls look tough?” Minoo Phakey, Head of Marketing - Skin and Salon Business at Dabur, said, “Dabur Gulabari speaks to the teenage girl who is suddenly overwhelmed by new choices and vulnerable to people’s opinions and judgements. The brand empowers the young teenage girls to continue to pursue their tough passions without worrying about their skin. The products are perfect for the gentle care needed by this TG, who are as yet uninitiated in the world of cosmetics.”

The brand Dabur Gulabari has been around for decades and enjoys considerable awareness. In the last couple of years, though, it has repositioned itself as a teenage product. Dabur Gulabari has also diversified into various skincare products aimed at its new audience.

The man behind the commercial, Mayur Hola, Executive Vice-President and Executive Creative Director at Contract, dedicates the film to daughters. He said, “This one is for our daughters. We try as parents to give them an upbringing that allows them to develop as they wish to. Be who they want to be. But ultimately we are to blame for heaping pinks and dollhouses on them. We are the cliché.”

The film focuses on a real life hero, Thirteen-year-old Jaahnavi Sriperumbuduru, who has climbed the highest peaks in Africa and Europe. She is preparing to conquer Australia’s highest peak and counting her steps towards Mount Everest. A picture of the graceful girl shown at the start of the film, gives an impression that she may either be an artist or a dancer – anything but the tough mountaineer, she is.

“The client gave us this opportunity to correct a part of ourselves and I hope a part of the viewing audience with this skin care project. The result is this piece with the help of this impressive young mountaineer we found. Early trends certainly suggest that we might have made an impression,” said Hola. The social experiment, portrayed in the commercial, exposes the biases faced by teenagers with a powerful example of someone who has broken society’s stereotypes to achieve superlative feats.

According to V Bhaskar Preenja, Senior Vice-president, Account Management at Contract, “In challenging negatives that affect our TG, we are building a positive relationship with them. This was the primary intent of the film and I see that the subject is resonating well with teenage girls.”

Dabur’s wonderful jump in the creative vertical has been very well appreciated within the advertising industry, even as it notes that the effort was not a first timer. Emmanuel Upputuru, Founder and Creative Chairman of ITSA, said, “This is an integrated campaign in its own way. I can see shades of Dove sketches, P&G. It’s still not ‘like a girl’ and there’s yet another photographer's social experiment but I must say, it's a huge leap for a brand like Dabur. Well done.”

The commercial also got applauded for its quality production and for bringing out a real life hero and for giving her due appreciation. “I think the idea, per se, is relevant. Tough girls don't need to wear leather jackets. Unfortunately, the execution is too similar to Dove, and the reactions seem too forced. On the brighter side, celebrating a real-life achiever who deserves the spotlight, is a welcome move,” said Yogesh Rijhwani, Creative Director, Scarecrow Communications.