The type of content that people are seeking out is also evolving. 39 % of connected Indians watch online videos daily and spend an hour on an average. Broadcast television is still strong with 90% watching daily 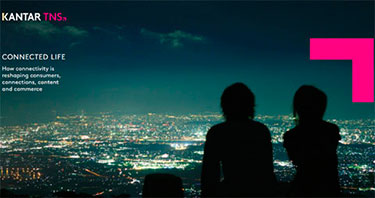 The type of content that people are seeking out is also evolving. 39 % of connected Indians watch online videos daily and spend an hour on an average. Broadcast television is still strong with 90% watching daily

Online video is now a part of lives of 85 per cent of connected consumers in India who watch them at least once a week, according to the findings from Kantar TNS’s Connected Life study into the behaviours of internet users across the globe. The study shows that people in India are consuming online video across various platforms such as video content that appears in their social feeds, free video on platforms such as YouTube along with some paid online TV subscription services as well.

However, unlike in other countries, where the weekly trend translates strongly into daily online video consumption as well (global average = 65 per cent), the situation in India is different, with only less than half of these weekly users watching online videos daily. 39 % of connected Indians watch online videos daily and spend an hour on an average. Broadcast television is still strong with 90% watching daily.

The barriers that stop online video from becoming a mainstream daily habit are mainly around high data costs and patchy connectivity.

Anusheel Shrivastava, Executive Director, Kantar TNS, India, said, “With Jio’s launch the data rates are already seeing a drop; this along with improved availability of public WiFi will help in lowering the barriers. It may not be long before the online video landscape in India will change.”

Connected Life data showed that free online video, such as YouTube, is watched by a large proportion of connected consumers daily, with Cambodian internet users watching the most at 94 per cent, followed by Hong Kong (84 per cent) and China (78 per cent); whereas in India it is at 39 per cent.

Two thirds (62 per cent) of people online are also watching videos that appear on their social feed, either from brands, news sources or their friends. Connected consumers in mobile-first markets are consuming a lot of video in this way, with 93 per cent of internet consumers in Cambodia watching social video daily, 80 per cent in Malaysia and 69 per cent in Vietnam. Digital channels are allowing one in three (32 per cent) connected consumers to access on-demand channels, allowing them to catch up on broadcast TV content online.

The type of content that people are seeking out is also evolving. Popular video content no longer has to be professionally produced, with one in three (33 per cent) connected consumers saying that most of the content that they watch online is produced by ‘people like me’ or celebrities. People are also open to video content from brands, with 27 per cent of connected consumers watching this on a weekly basis.

Zoë Lawrence, Digital Director, Kantar TNS, APAC, said, “There’s been an explosion in the consumption of online ‘on-demand’ viewing across Asia Pacific, creating new media moments that didn’t exist in a traditional marketing world. Online video provides brands with an opportunity to tell their story in a different way; we’re seeing a lot of brands succeed with long-format video and also great creative work that overcomes some of the challenges of video in a social feed. If the content is good enough, people will watch it. Brands now know that simply putting their TVC online will not work; they need to develop content that works well within the context of the online channel they are using.”