Being at the top of the genre, the channel has witnessed surge in number of advertisers by 70 per cent in last one year despite more than doubling their ad-rates during the same time 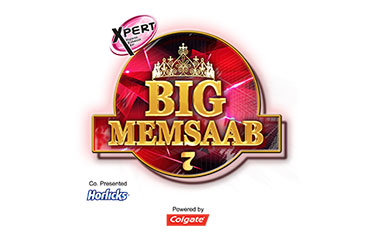 Being at the top of the genre, the channel has witnessed surge in number of advertisers by 70 per cent in last one year despite more than doubling their ad-rates during the same time

Reliance Broadcast Network’s general entertainment channel (GEC) for the Bihar-Jharkhand markets Big Ganga is looking at increasing the number of hours of content.

The channel has gained confidence through the increasing viewership and advertisers both. It has been slowly climbing the success ladder in the flock. It has been the most watched channel in the Bhojpuri channels’ segment for over four months now grabbing close to 35 per cent relative share in the market.

Looking at the numbers for Week 16 as per the BARC India data (Individual Panel Data), Big Ganga continued its stint at the top spot with 18563 GVTs (23330 GVTs last week) which makes up for a massive 35 per cent share of the total genre viewership.

The channel Big Ganga has undergone a revamp in the name, logo, look and offering very recently, in January 2016. Tarun Katial, CEO, RBNL named the local insights to be the main reason for the success of the channel. “What has helped us greatly is that we have worked on the local insights immensely - be it programming or marketing. There is immense scope within the genre as the viewers in this region are quite accustomed to consume entertainment. If one looks closely, the movies, music and even TV content in this region is a very crucial quotient of people’s lifestyles.”

The channel’s reality shows including Superfast Chhapra Express and Big Memsaab and the spiritual properties like Bhakti Samrat and Bhakti Sagar have worked quite well. Katial explains how the focus is not on the Bihar and Jharkhand regions; it is on the Bhojpuri speaking audience.

“We cater to the Bhojpuri culture and ethos. The Bhojpuri speaking audience finds pride in the language and they continue to consume the content no matter where they go. We have seen a very good traction for our content even from the metros like Delhi and Mumbai, due to a large migrated population. Even the online content is hugely popular in international markets like Maldives and Middle East.”

On the back of the successful and popular content, the channel has witnessed surge in number of advertisers by 70 per cent in last one year. The ad-rates too have been hiked by close to 150 per cent, (more than double) during the same time, without being any deterrent for the advertisers.

Katial mentions that the advertisers like P&G, HUL, GSK and Emami too have found a lot of interest in the genre. “They have started taking the Bhojpuri speaking markets seriously. This is one of those markets where viewership comes equally from male and female audiences, unlike the regular GECs in Hindi or any other markets.”